Tattershall Castle, Lincolnshire from the South-east 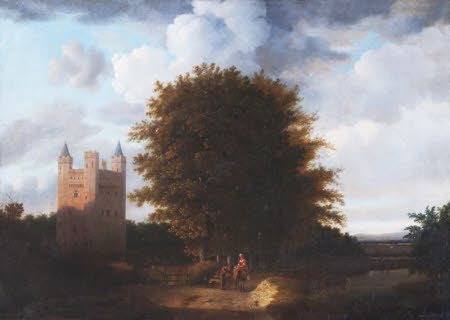 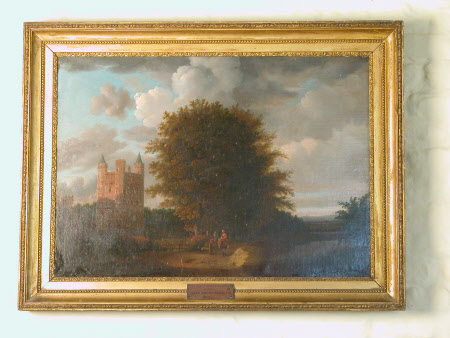 Oil painting on canvas, Tattershall Castle, Lincolnshire from the South-east, British (English) School, late 18th century. The castle seen from the south east; a rustic scene in centre foreground (man and dog with a woman seated on an ass) and an outer moat (river Bain?) to the right. Trees in centre with the castle to the left. Slightly flat primitive treatment of latter.