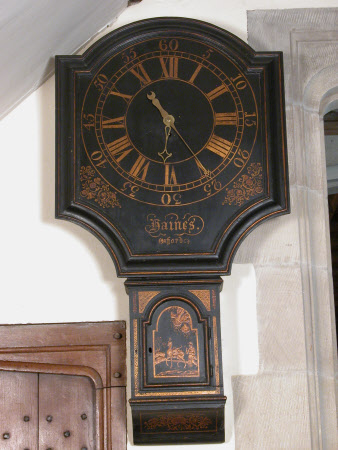 A 'tavern' clock dating from about 1770, when clocks were taxed, so large examples were put in public places so that many people could see them and individuals wouldn't need their own (which also worked as an excellent excuse for a visit to the tavern...!)