Apollo and the Cumaean Sibyl 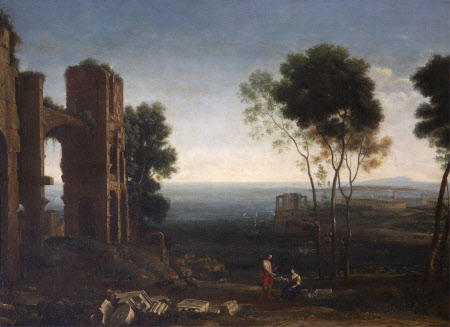 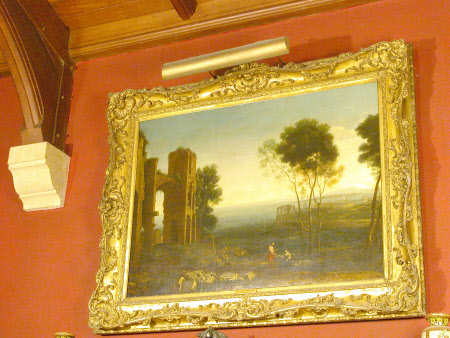 Oil painting on canvas, Apollo and the Cumaean Sibyl, after Claude Lorrain (Champagne 1600 – Rome 1682). A arcadian scene with a ruined building, the castellum of the Aqua Martia, at the left and two trees to the right and an extensive plain stretches into the background. In the foreground, in the centre, the seated sibyl is showing Apollo the handful of sand, each grain of which marks a year in her life and he is promising to let her live as many years as there are grains but she refused his advances and he condemned her to live as a miserable old woman. This is a version of the original painting painted for Cardinal Massimi in circa 1646-47 and later in the collection of the Earl of Orford, sold with the Houghton pictures, and now in the Hermitage, St Petersberg.