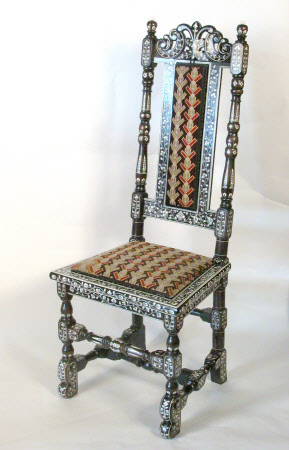 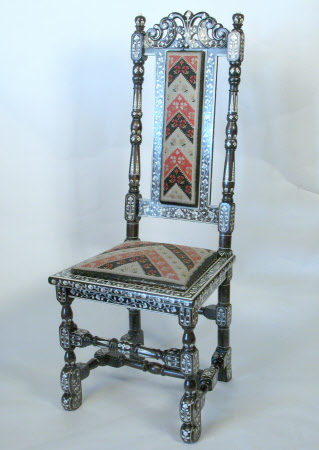 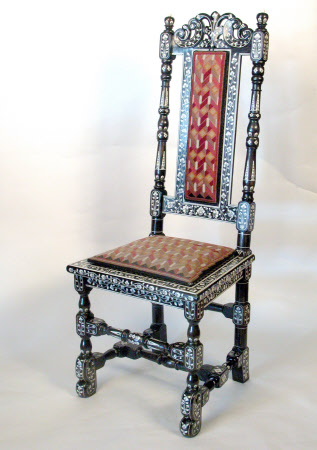 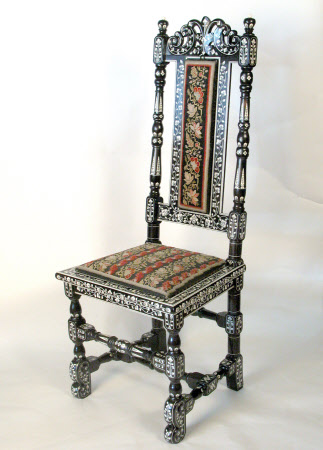 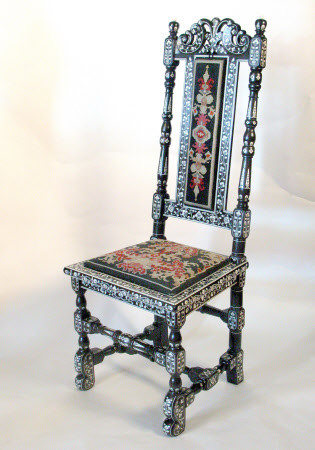 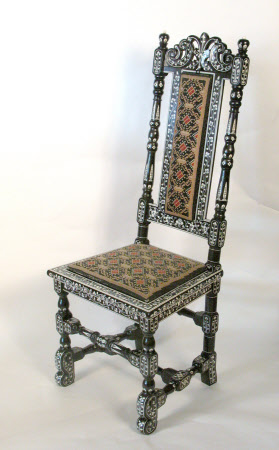 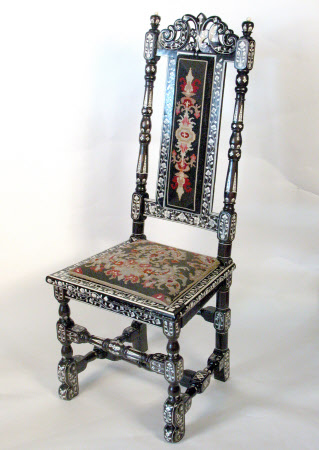 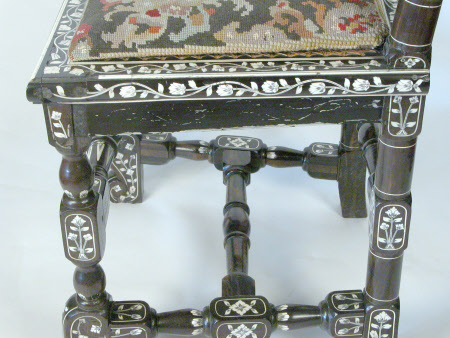 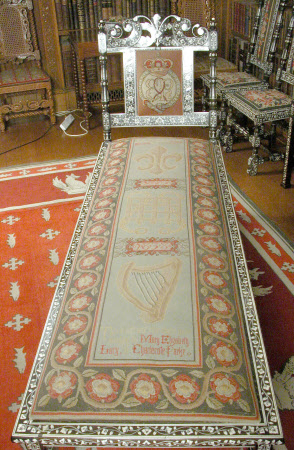 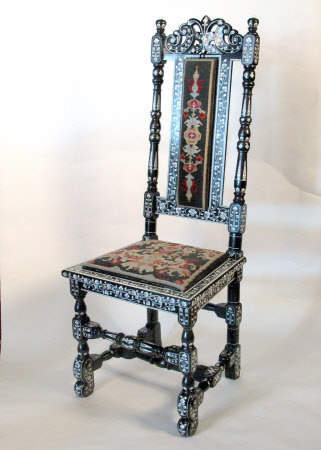 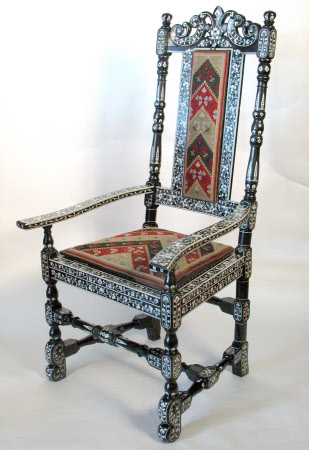 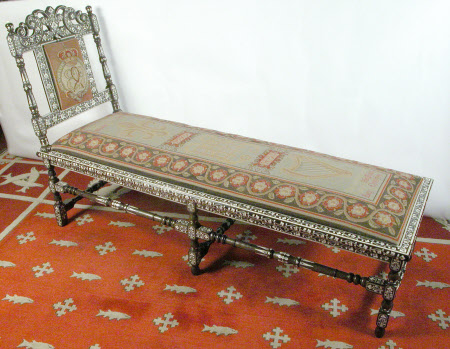 Ebony, carved and inlaid with ivory, engraved, back and seat with cane and upholstery

A set of ten pieces of seat furniture, of ebony inlaid with engraved ivory, comprising an open armchair, a daybed, and eight standard chairs, or backstools, Visakhapatnam, India, circa 1690-1720. The whole set with seat and back panels of cane, covered with needlework worked by Mary Elizabeth Lucy (1803-90), circa 1837, after designs by Thomas Willement (1786-1871).

'This couch, nine chairs and two cabinets were a gift of ye Queene to ye Earle of Leicester, 1575. 1858 This couch and the chairs were worked by Mary Elizabeth Lucy of Charlecote Park.'