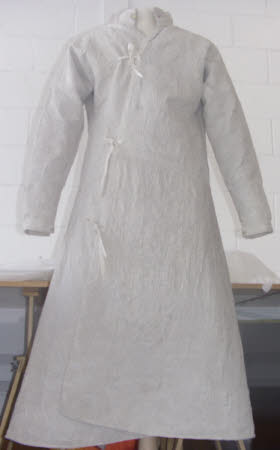 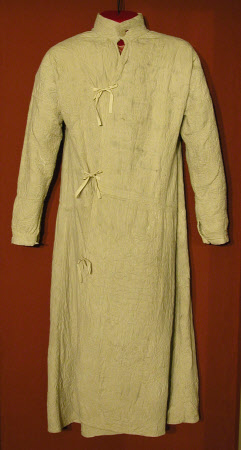 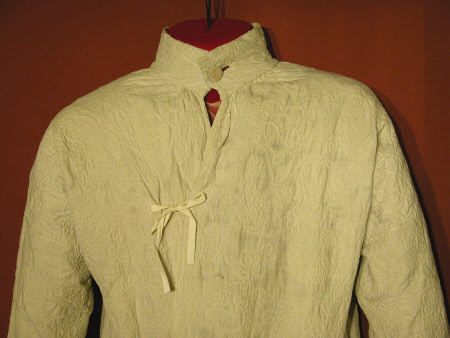 This is General Wolfe’s dressing gown, of Flemish design. Although not likely, it is traditionally said that his body was brought back home to England following his death at the Battle of Quebec in 1759 in this dressing gown.

General Wolfe's dressing gown, of Flemish design. (Linen/white cotton with quilted decoration). Although improbable, it is traditionally said that his body was brought back to England in this garment.

Formerly part of the Wolfe-Aylward Collection. Item was bequeathed by Mrs. Wolfe (General James Wolfe's mother) to her nephew William Burcher, the son of Anne Burcher (nee Wolfe), she being the eldest member of the family with the exception of her brother Walter (Wolfe's uncle), who died unmarried. This William Burcher had two sons, William and Edward Wolfe Burcher. The first named died without issue, the latter was the great grandfather of Mr Wolfe-Aylward, to whom the items were handed down to.