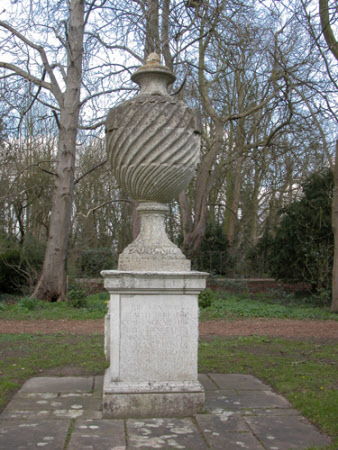 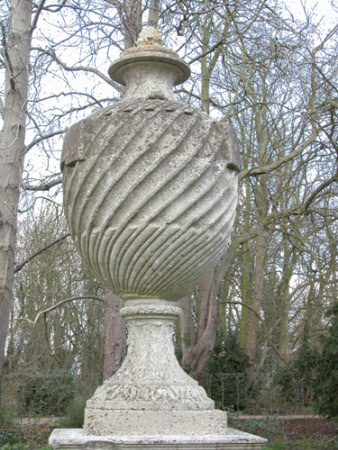 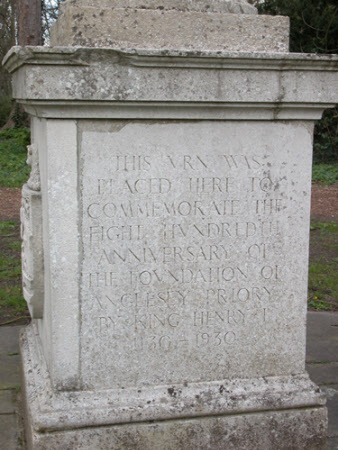 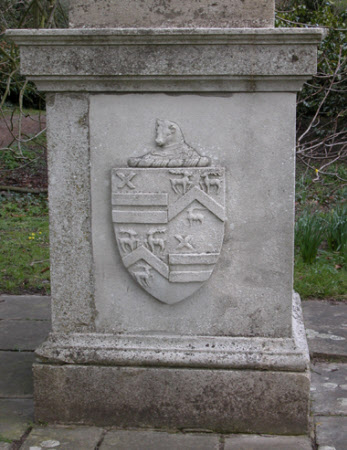 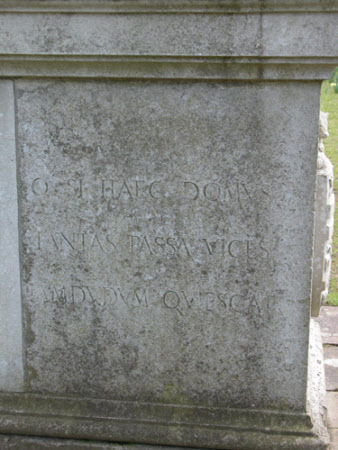 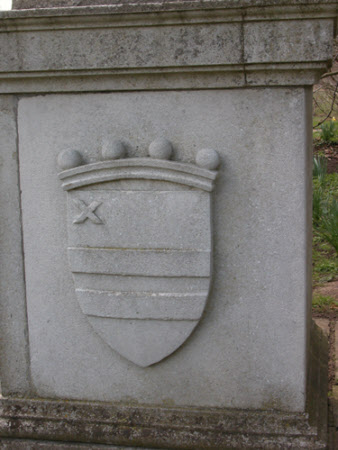 Bath stone, 'The Commemoration Urn', British (English) School after William Kent (1685-1748), c. 1750-1850 urn on a 20th century pedestal. A strigillated oviform urn carved of Bath stone with leaf moulded finial and stem. Mounted on a square pedestal made c. 1930, engraved with inscriptions on two sides and with Fairhaven coats of arms on two sides. The inscriptions read: 'THIS VRN WAS/ PLACED HERE TO/ COMMEMORATE/ THE EIGHT HUNDREDTH/ ANNIVERSARY OF/ THE FOUNDATION OF/ ANGLESEY PRIORY/ BY KING HENRY I/ 1130-1930'; 'O SI HAEC DOMVS/ TANTAS PASSA VICES/ IAMDVDVM QVIESCAT (composed by F.E. Smith, 1st Earl of Birkenhead). Urn formerly at Ashridge.

This urn is taken from John Vardy's 'Some Designs of Mr. Inigo Jones and Mr. William Kent' (published 1744, plate 25) where it is there described as one of ‘Two Vases with Pedestals for Mr Pope’ designed by William Kent for Alexander Pope's Thames-side villa at Twickenham. Kent is credited with introducing the Palladian style of architecture to Britain with Richard Boyle, the 'architect earl' Burlington, at Chiswick House and Holkham Hall, the truest expression of neo-Palladianism in England. He is considered one of the originators of the English landscape garden, his designs for Stowe, Pope's Villa (1733) and Rousham particularly celebrated. Reproductions of this model in Bath stone were popular from the mid eighteenth century into the nineteenth: see, for example, an equivalent at Croome Park (NT 105009) restored by Cliveden Conservation and at Longford Castle, Wiltshire (reproduced Davis 1991, p. 116 plate 2:58). Alice Rylance-Watson 2019

Pedestal, side: THIS VRN WAS/ PLACED HERE TO/ COMMEMORATE/ THE EIGHT HUNDREDTH/ ANNIVERSARY OF/ THE FOUNDATION OF/ ANGLESEY PRIORY/ BY KING HENRY I/ 1130-1930 Pedestal, side: O SI HAEC DOMVS/ TANTAS PASSA VICES/ IAMDVDVM QVIESCAT