Cup in the form of a walking stag 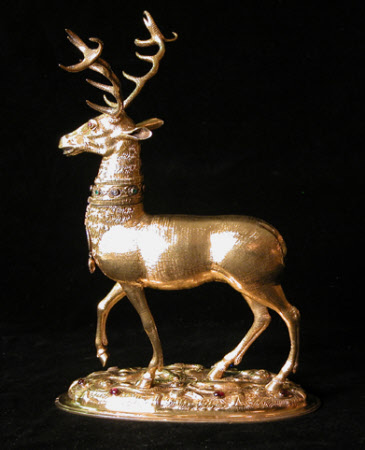 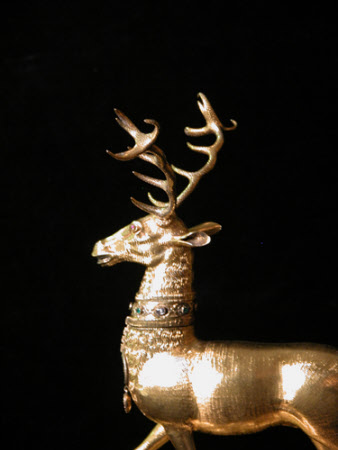 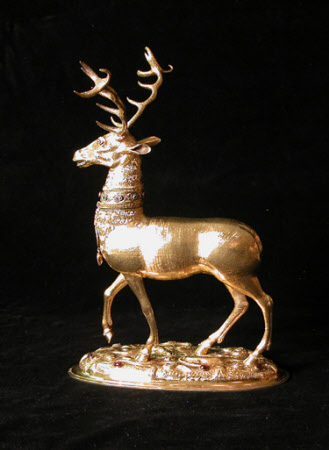 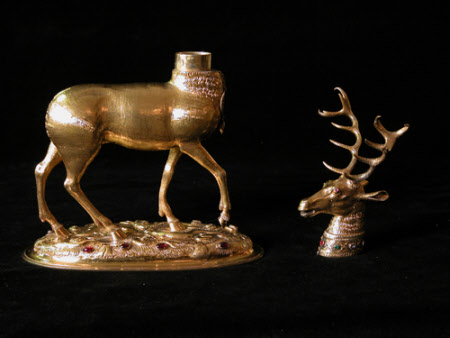 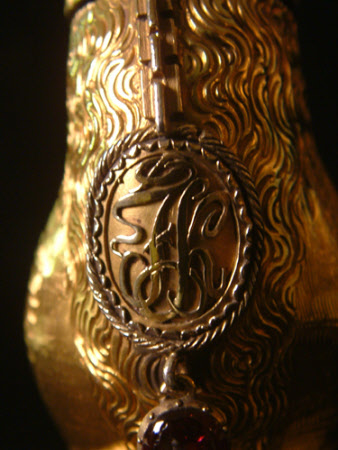 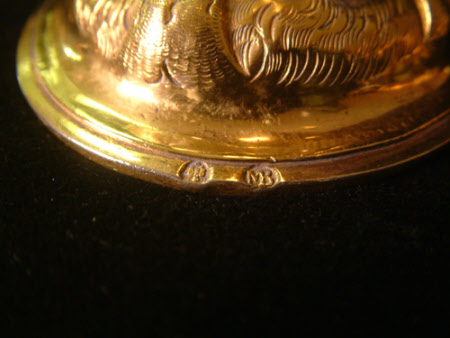 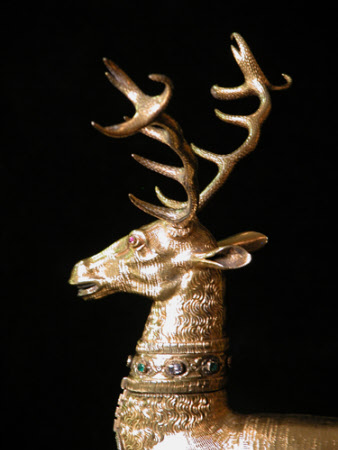 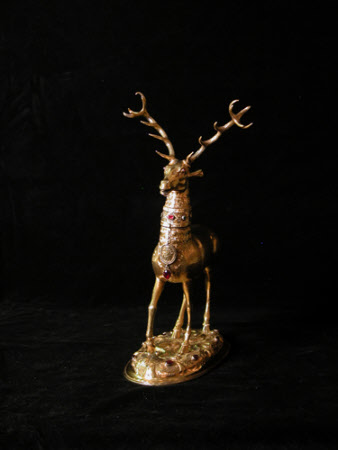 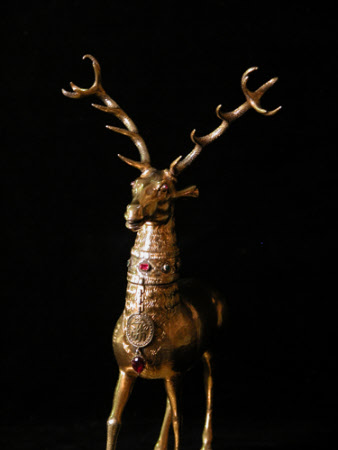 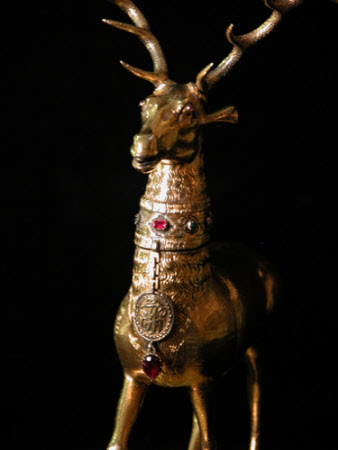 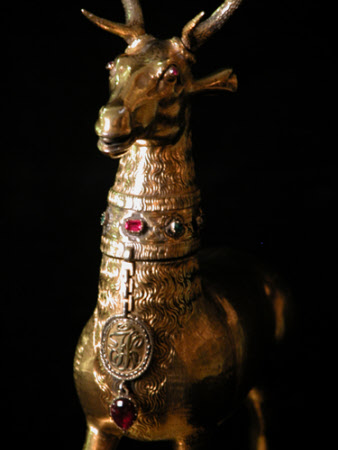 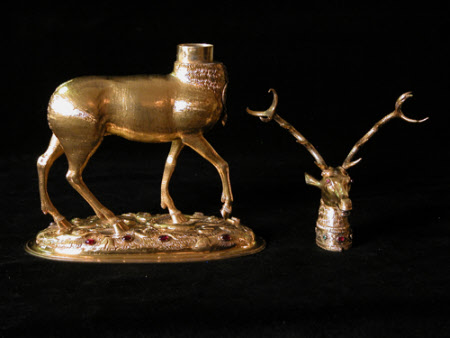 This exquisite gold stag cup would have been recognisable as a ‘masterpiece’ of goldsmiths’ work both to its German maker Melchior Baier (d.1634) and to its original unknown patron or purchaser. It was made in the early 17th century in Augsburg, the most important centre of fine goldsmith production thanks to its location, trade freedoms and religious tolerance. Baier’s studio would probably have worked closely with a sculptor to develop a design for the stag, and the work is so minutely detailed that the animal can be identified as a red deer, an animal hunted only by the nobility. Around its neck the stag wears a pendant hung with a red garnet to further enhance its rarity and beauty. The cup has a removable head and could be used for drinking wine or spirits. However, it is more likely it was used as the centrepiece of an elaborate tiered display for a banqueting table, perhaps following a hunting party.

Silver-gilt cup in the form of a walking stag, circa 1600, by Melchior Baier (master 1576; d. 1634). With a collar around the neck, disguising the joint between the body and the detachable head. A cypher ‘FK’ (as yet unidentified) is on a pendant with a garnet hanging beneath. Oval plinth chased as natural ground with reptiles and molluscs and inset with garnets.

By the late sixteenth century Augsburg was the primary centre of goldsmithing in Europe. Its independence as a Free Imperial City and its religious tolerance were powerfully combined with being at the trading cross-roads of the Continent and having bountiful raw materials and finance available to its craftsmen. Makers flocked to the city from far and wide and the strict standards maintained by the authorities ensured that their work was of the highest quality. Amongst the most proficient of the goldsmiths operating from Augsburg in the years around 1600 was Melchior Baier as is evidenced by his few surviving works of which the Anglesey Abbey stag cup is a prime example. Thanks to the cooperation that existed between the crafts he would have been able to draw upon one of the city’s accomplished sculptors to produce the model for the stag, which is remarkably accurate in its details, and he and his workshop then demonstrated great skill in producing so life-like an end result in silver-gilt, the base being equally finely chased to represent reptiles and molluscs on the forest floor. The carefully chased neck-mane of the stag indicates that it is a Red Deer, the most revered of all animals hunted across Europe and one reserved for the nobility. The collar around the neck, as well as serving the practical purpose of disguising the joint between the body and the detachable head also symbolises the taming of the wild beast by the noble hunter. His cypher ‘FK’ (as yet unidentified) is on a pendant with a garnet hanging beneath. The cup may have been given as a gift or been commissioned directly and though it could have been filled with wine for use as a welcome cup in association with the hunt, its diminutive scale and bejewelling suggests that it was more of an object for appreciation as sculpture. Thus it would have been displayed on a tiered buffet during dinner along with other fine examples of goldsmithing, and may have been kept in one of the schatzkammers (treasuries) particularly popular amongst the rulers of the German-speaking states. (James Rothwell 2019)

Acquired by Huttleston Rogers Broughton, 1st Lord Fairhaven (1896-1966) in 1946 and it passed to the National Trust along with the house and collection at Anglesey Abbey following his death.

Maker’s and town marks on base