The Aftermath of a Battle 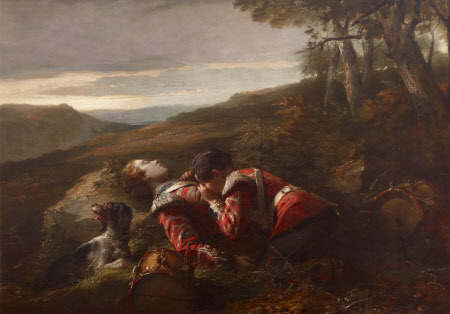 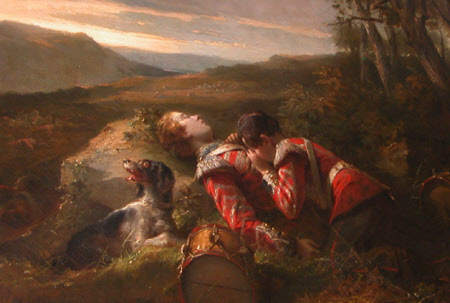 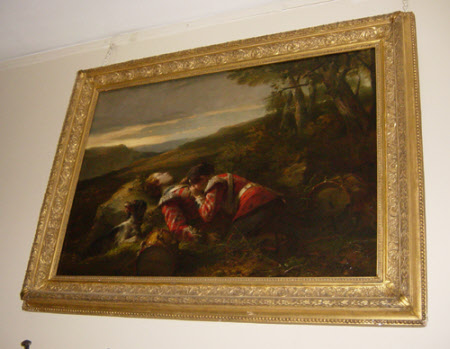 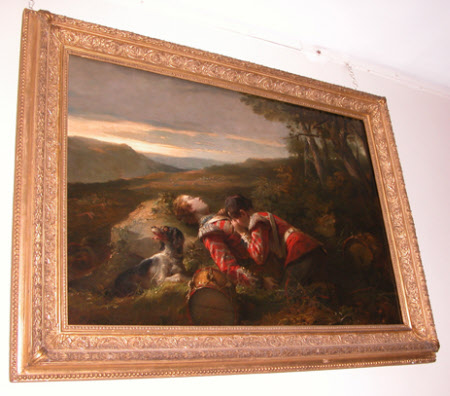 Oil painting on canvas, The Aftermath of a Battle by John Jones (London c.1745 – 1797), signed, bottom left, J. Jones. In the centre a large flat rock on which lies the body of a dead soldier (Grenadier) his face in profile turned to the right, on him lies a weeping drummer boy, also in uniform, his head buried in the dead soldier’s chest; in the centre in the foreground is a drum, lying on its side; to the left of the drum, and just beneath the rock is a spaniel, turned to the right, its head turned to the left; extensive Highland landscape, a clump of trees on the right, on the left a field covered in dead bodies and in the far distance, centre, an encampment of tents; distant hills, pink cloudy sky.