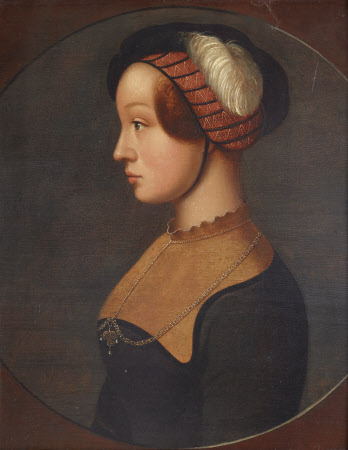 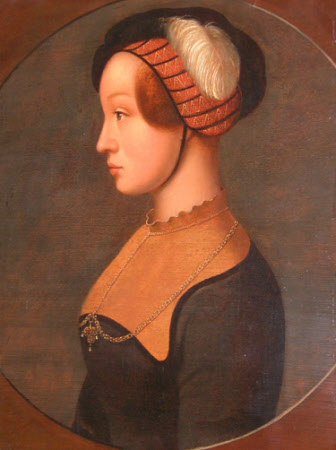 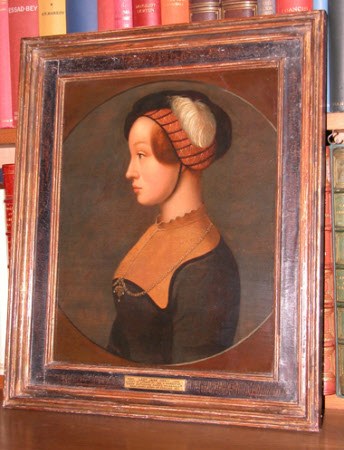 Lady Jane Grey became the victim of court intrigues. The Duke of Northumberland, whose son she married, influenced Edward VI to will her the crown instead of his sisters. After his death she was proclaimed queen and ruled for ten days, until she was captured by supporters of Mary Tudor and later executed in the aftermath of Wyatt's rebellion. This profile portrait supposedly of Lady Jane Grey appears to be modern, yet the oak panel is old, suggesting that the present portrait may have been superimposed upon an earlier one. There is a full-length portrait, which has been claimed as an authentic likeness, in the National Portrait Gallery which bears little resemblance to the Anglesey Abbey version. A half-length frontal image which shows greater similarities to this picture is at Wrest Park, Bedfordshire.