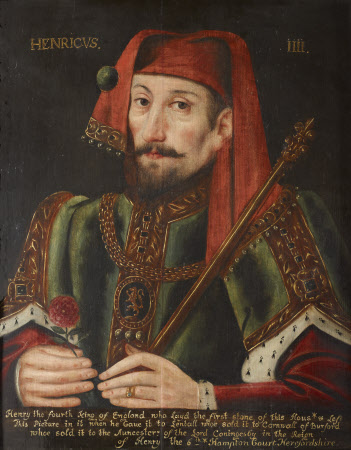 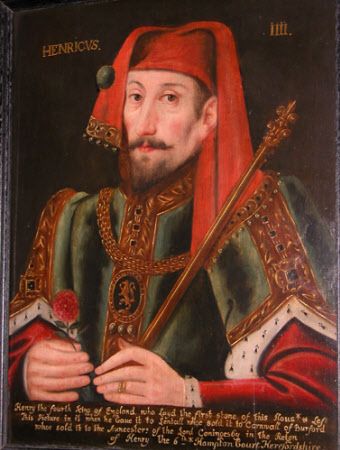 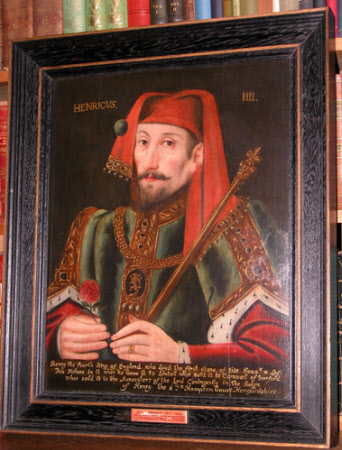 After his father's death, Edward became the head of the house of York and returned from exile in France to defeat the Lancastrians in 1461 and proclaim himself king in place of Henry VI. In 1470 he was forced into exile once more, but came back the next year, captured and killed both Henry VI and his son, and claimed the throne. No contemporary fifteenth-century portrait of Edward IV is known, and this rather weak image is probably an entirely imaginary sixteenth-century one based on the picture at Windsor.

Oil painting on panel, Imaginary Portrait of King Henry IV (1367–1413), British (English) School, 17th -18th century. Inscribed on either side of head: HENRICUS / IIII; and in a panel below: Henry the fourth king of England who layd the first stone of this Hous [Hampton Court, Herefordshire] and left this Picture in it when he gave it to Lenthall whoe sold it to Cornwall of Burford whoe sold it to the Auncesters of the Lord Coningesby in the Reign of Henry the 6th. A half-length portrait, turned slightly to left, brown eyes turned to spectator; brown moustache and short forked beard; in red chaperon edged with jewels and green jacket, decorated with broad bands of gold and lined with ermine at the sleeves and brown fur at the neck, crimson undersleeves with ermine cuffs; gold chain hanging from his shoulders,with pendant oval medallion-jewel with lion rampant; both hands resting on ledge before him, in his right hand he holds a red rose and in his left a sceptre; dark brown background.