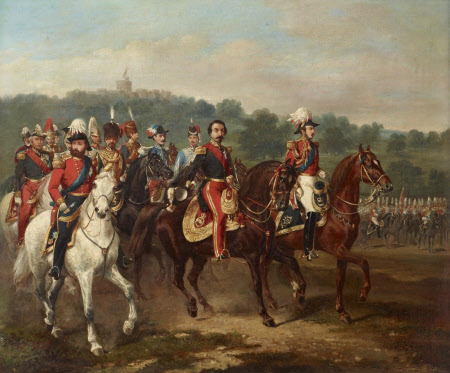 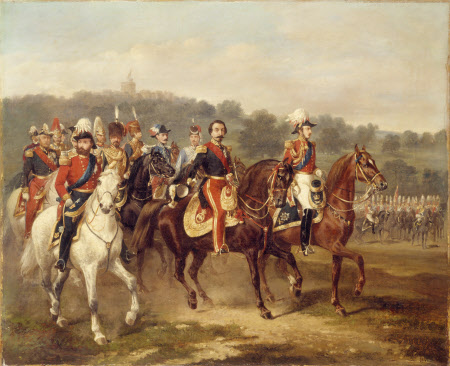 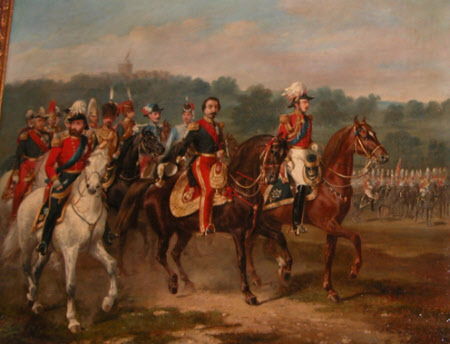 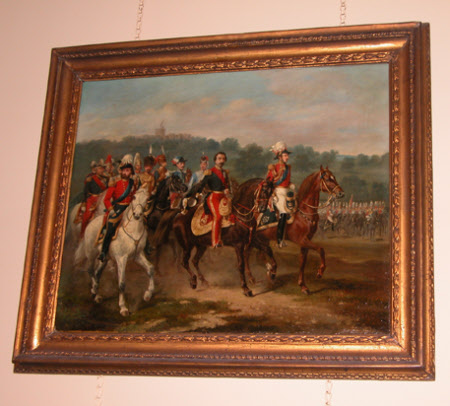 Oil painting on canvas, Prince Albert, the Prince Consort (1819-1861) with the Emperor Napoleon III (1808-1873) and the First Life Guards at Windsor, 17 April 1855 by Alfred F. de Prades (fl.1862 – 1879), signed and dated A.F. de Prades 1855 (AF in monogram). Three horsemen, riding to the right, leading a group of attendant officers. The Prince Consort on a brown charger on the right, in the centre Napoleon III on his chestnut charger doffing his hat in his right hand, and on the left a bearded unknown officer in regimentals riding a white horse; the Life Guards are in a formation at the rear on the right. Windsor Castle can be seen in the distance on the left.

At some stage with Gooden and Fox, London.Bequeathed to the National Trust by Huttleston Rogers Broughton, 1st Lord Fairhaven (1896-1966) with the house and the rest of the contents.