The Toilet of Venus 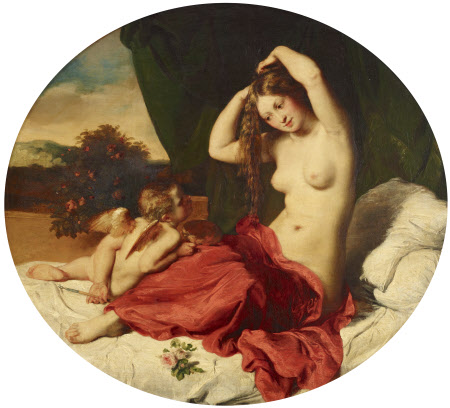 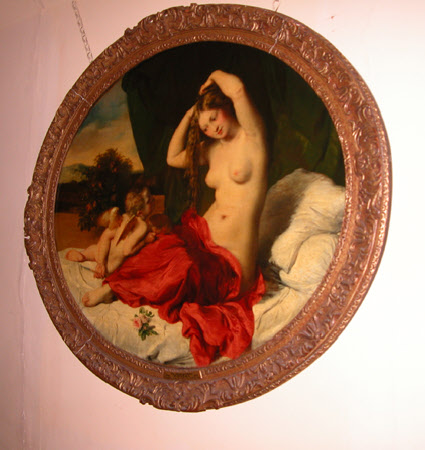 This painting is characteristic of Etty, since many of his pictures consist of mythological characters worked up from extremely faithful studies of the female nude, drawn at the Academy Life School. Etty’s justification for painting the female nude so insistently was that he found ‘God’s most glorious work to be Woman’, and ‘that all human beauty had been concentrated in her’. Although there was much contemporary criticism of his work on the grounds of indecency, Etty was not deterred from his self-appointed task. William Etty was a very unusual Victorian artist in dedicating himself almost exclusively to the depiction of the nude, which he painted in a glowing and sensual manner, reminiscent of Titian and Rubens. From his faithful studies undertaken at the Academy Life School, Etty produced many mythological and religious scenes, which he constantly subjected to the requirements of ideal art.

Oil painting on canvas (oval), The Toilet of Venus by William Etty RA (York 1787 – York 1849). Oval. Venus is seated on her bed at right, doing her hair, and looking into the mirror held by Cupid, who lies on the bed at her knee. He also holds an arrow.