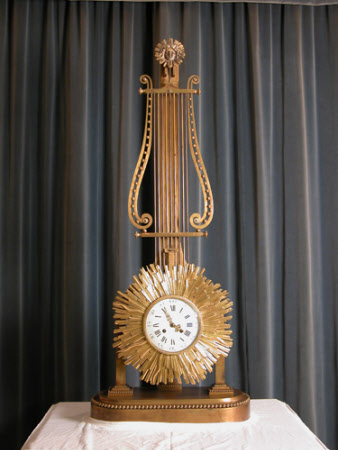 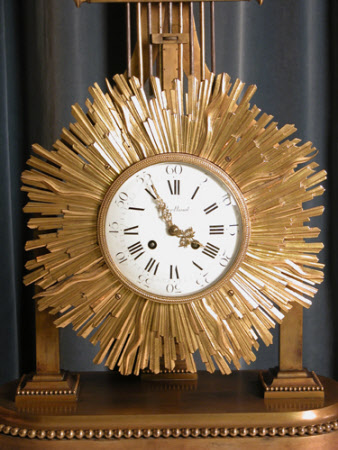 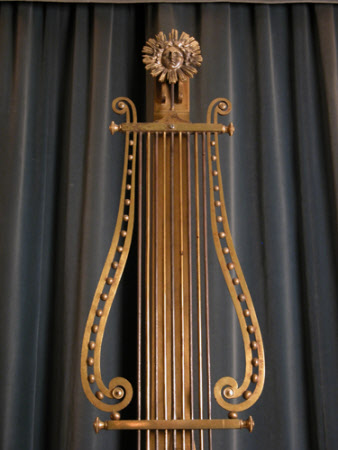 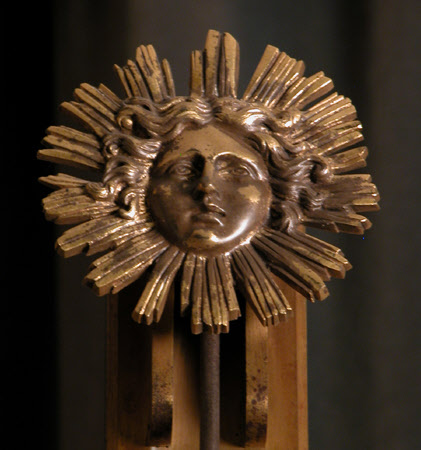 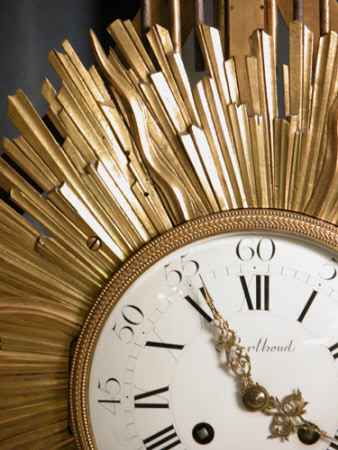 Lyre-shaped clock in ormolu and metal-gilt beaded oblong platform base supporting easel-shaped frame suspended from an Apollo sunburst mask, strike and silent movements and inscribed 'Berthoud', Louis XVI, Paris. 14-day French mystery clock in ormolu case, signed by Berthoud, c.1880. 2 train, 4 pillar movement with brocot escapement and countwheel half hour striking on bell. White enamel dial signed 'Berthoud' in centre, with roman numerals and arabic five minutes. Pierced brass hands. 'Lyre' type case with movement contained in the bob of a sunburst pendulum of the mock grid iron type, suspended from above and the crutch operating on a fixed pin on the base of the case. The base, in ormolu, in the form of an inverted Y, standing on an oval ormolu base, with a beaded edging around the top. Convex glass in bezel over dial.