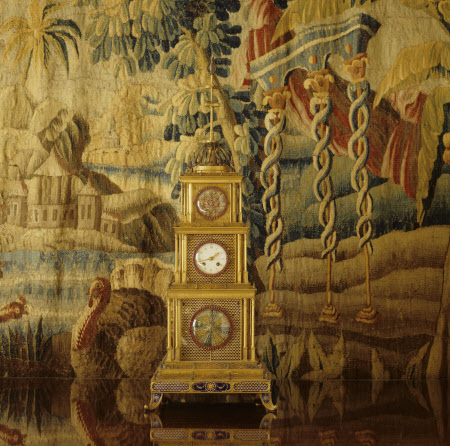 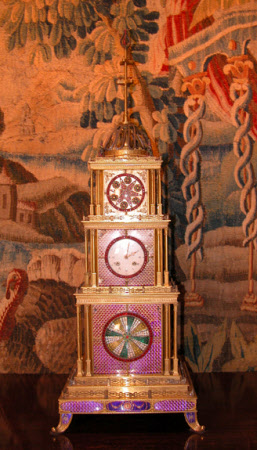 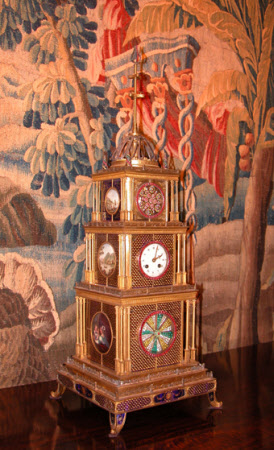 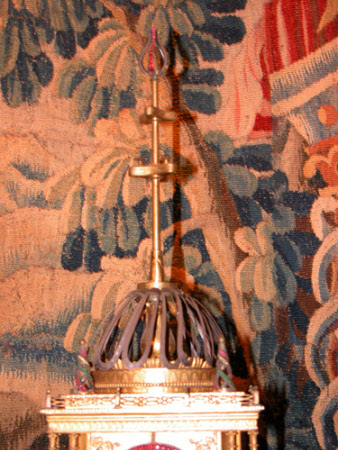 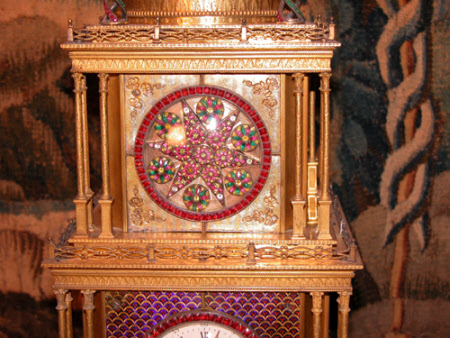 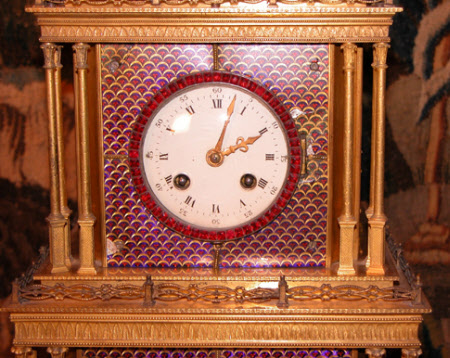 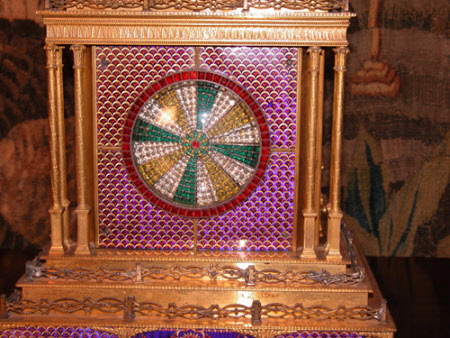 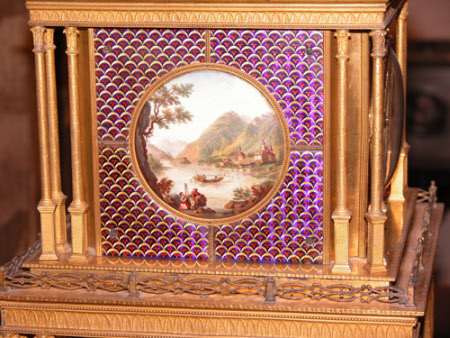 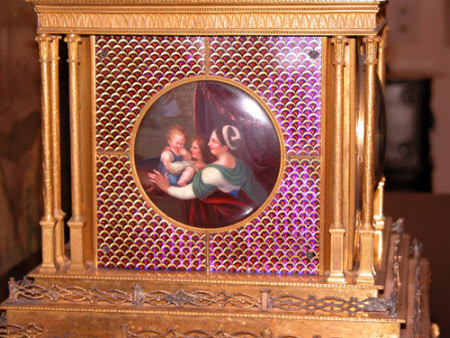 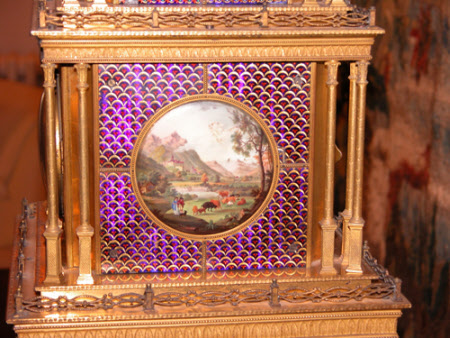 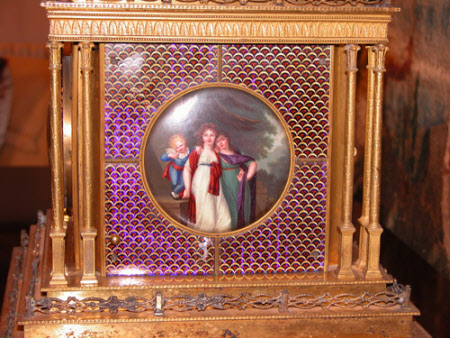 Metal gilt and enamelled musical tower clock in oriental taste, 3 tiers mounted on sides with enamelled plaques painted with riverscapes and portrait groups, surmounted by automaton 'fountain' and with revolving spirals at the angles. Strike movement inscribed 'John Mottram, London 2' (John Mottram flourished 1780-94), George IV. 8-day English striking automata pagada clock in ormolu case in the style of James Cox, signed by John Mottram, London, c.1790-1890. 2 train, French 'Pendule de Paris' 4 pillar movement with lever platform escapement, stamped on backplate '3809', 'Made in France' and with Japy exhibition medallion. Rack striking on bell. Separate automata/music fusee movement, playing four tunes on ten bells, signed 'John Mottram, London'. Push start on RHS of case. White painted dial with Roman numerals, Arabic five minute figures and gold painted fleur-de-lis hands. Ormolu and enamel three tier case. Central tier housing clock movement, upper and lower tiers having paste-set geometric moving panels. Enamel plaques to sides with pastoral scenes. All surmounted by automated finials and canopy, having moving open 'blades', with rotating twists underneath, connecting inside of canopy to ormolu base. Twists arranged in four sets of seven, interspersed with three twists connected into three holes each, just inside canopy. The later French movement, which dates from c.1890, but has been fitted relatively recently, does not trigger automata work, which can now only be released manually with trigger on RHS of case. Robersons of Knightsbridge exhibition catalogue describes this clock - 'John Mottram of Warden Court, Clerkenwell Close, London, flourished as a master clockmaker c.1780-7994. Best known for this large musical clock in splendid case for some Eastern potentate. The case is built in four tiers of finely chased ormolu, each piece fitting so well that the joints are almost imperceptible. The side panels are enriched by 6 exquisite enamels with portraits and scenes as subjects. The dome at the top is formed of leaves fashioned from pure silver, finely engraved. Each leaf is attached by a pivot to the interior mechanism, which is so designed that upon the chiming of the clock at every hour, the musical train is released, and as the air of 'Blue Bells of Scotland' is played, so the leaves gradually rise, disclosing a revolving fountain of fine spiral crystal. Above and below the dial are double stars of silver, studded with jewels, which rotate in opposite directions at the striking of the hour, and a slender jewelled column with independent working surmounts the whole'.