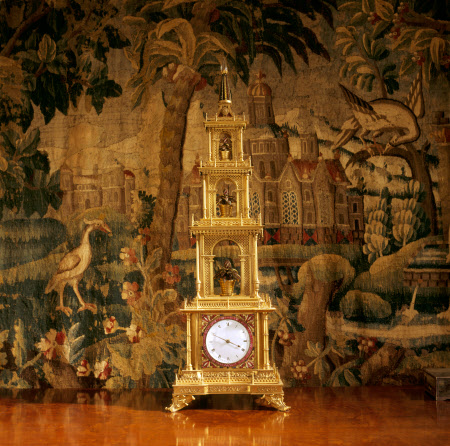 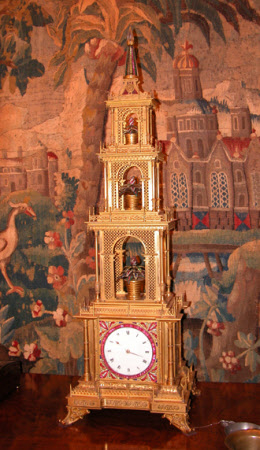 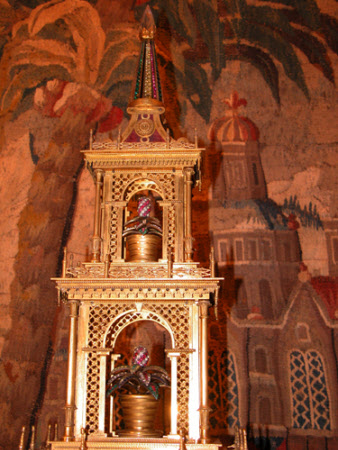 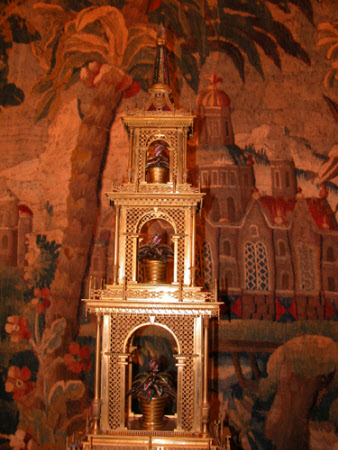 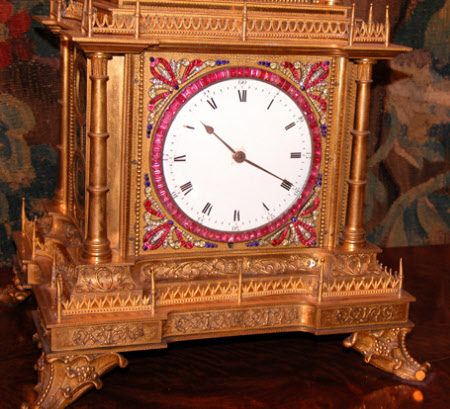 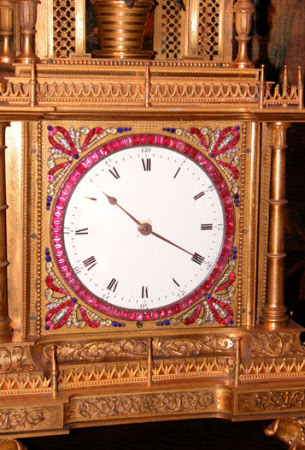 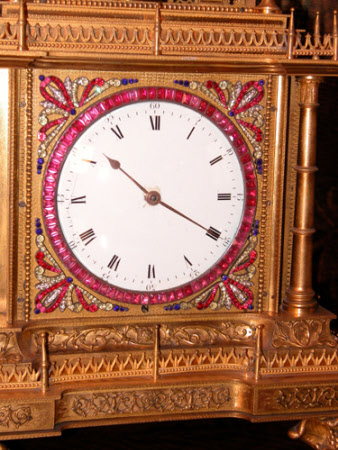 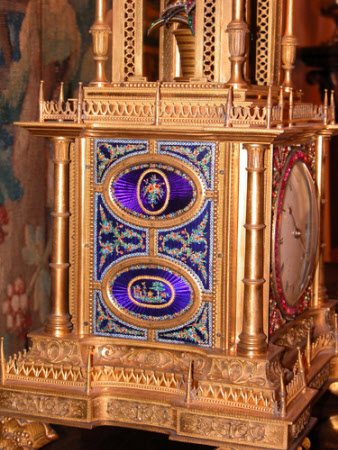 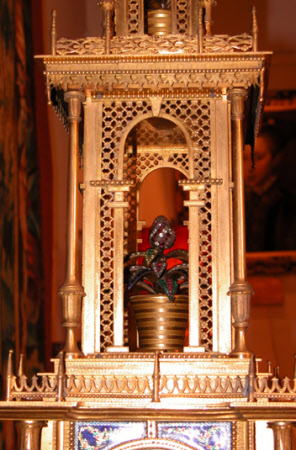 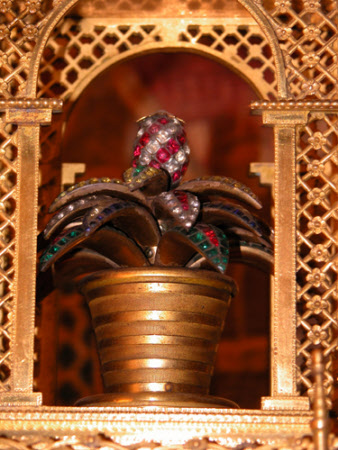 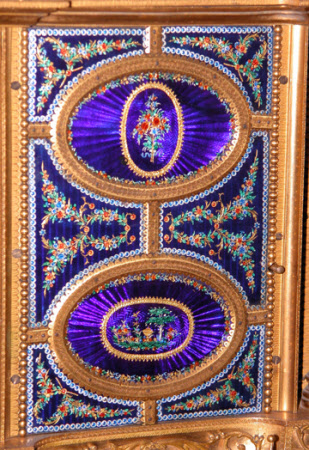 Metal gilt and enamelled musical tower clock in chinese taste, fashioned as 4-tier pagoda, upper 3 enclosing tubs of flowers mounted in coloured pastes, obelisk finial. Lower tier with enamelled dial. George IV, By Henry Bovell (1795-1841). Robersons of Knightsbridge exhibition catalogue describes the clock - Five Tier and Cupola Clock. James Cox, the maker of this clock, who carried on business at 103 Shoe Lane, London, 1760-1788, devoted his life to the production of mechanical curiosities. In 1773 he held an exhibition of his works, including this clock. The case of the clock is constructed of 4 tiers graduating to the apex. At the top of each of the three lower tiers, seen through an archway of delicately hand-pierced lace-work is a golden urn or flower pot. These urns hold flowers, wrought in silver and encrusted with jewels, so finely and securely set that the setting is hardly perceptible. The top tier carries pierced silver cones, one within the other, richly studded with gems. At every 3 hours the clock plays upon a scale of silvery bells. Simultaneously the flowers grow up out of their pots, slowly revolving the while. The two cones at the top also revolve in opposite directions. As the chiming ceases the plants subside once more.