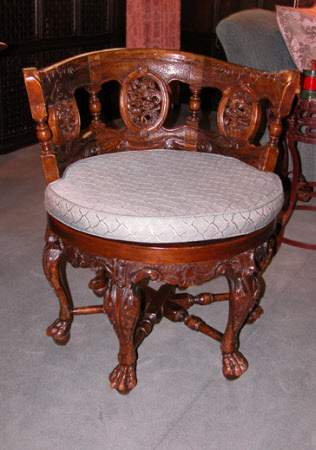 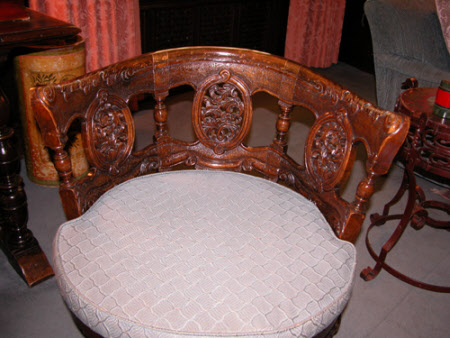 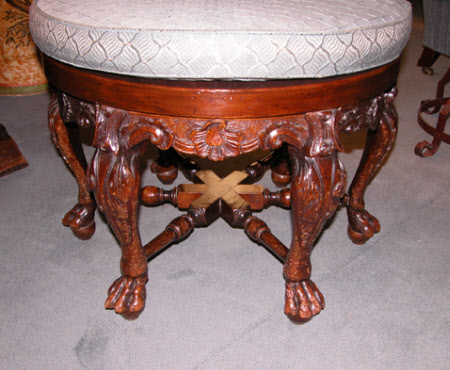 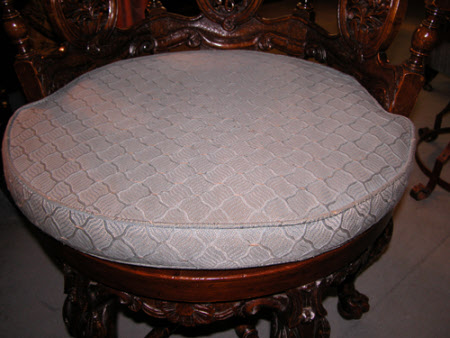 A stained beech 'Burgemeester' chair, Netherlands, late 19th / early 20th century Mid 18th century style, the curved moulded top rail above three pierced carved back splats , the caned seat with loose cushion raised on cabriole legs and lions paw feet. The term Burgemeester was first applied to this model of chair in the 19th century almost a century after they were first made. The term translates as 'Mayor' and it is though that the design was originally intended for citizens of high rank. They were previously known as round chairs and were first made in the former Dutch colonies of Indonesia and Sri Lanka from indigenous hard woods. They are distinguishable by their semi circular back, round seat and six legs. They were often exported to Holland and from there to England where they became extremely popular at the end of the 19th and beginning of the 20th century. This example has been made to deceive and has been constructed to appear to be 18th century.