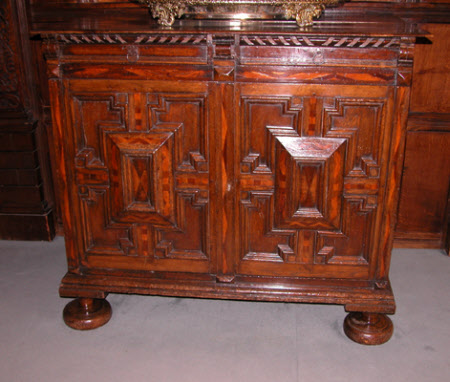 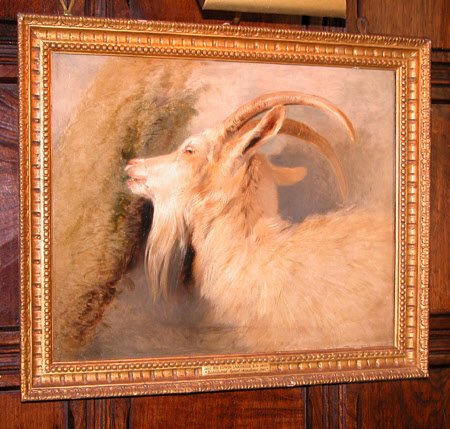 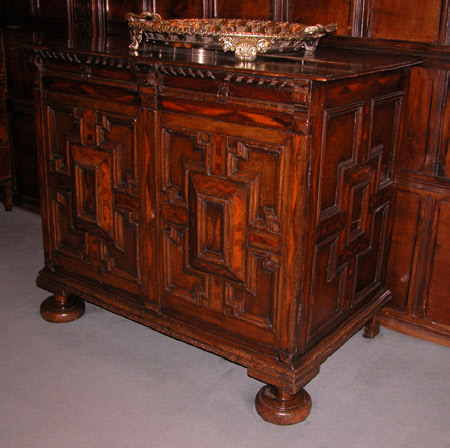 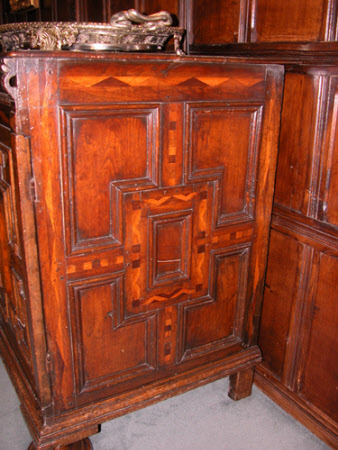 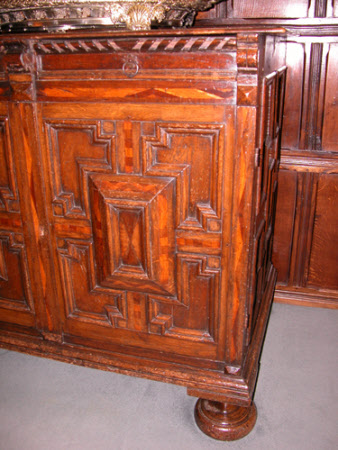 A joined oak, holly and fruitwood inlaid chest of drawers, English, circa 1670 The rectangular top with an angled dentil moulded edge above a pair of shallow frieze drawers, the pair of geometric fielded paneled doors inlaid with fruitwood and holly geometric banding and enclosing four long drawers, the sides with conforming paneling, raised on bun feet. For a discussion and similar examples of chests of drawers of this period see: Chinery, Victor 'Oak Furniture, The British Tradition' ACC 2002 pgs.371-373