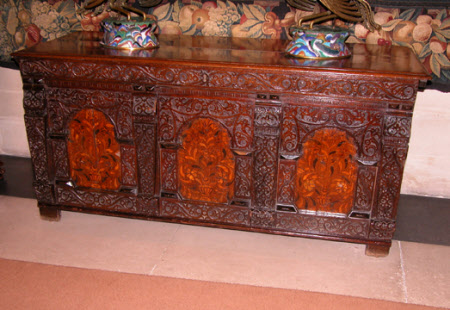 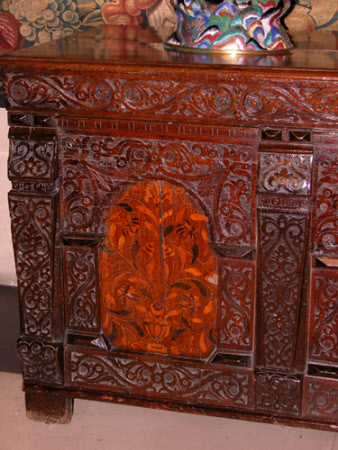 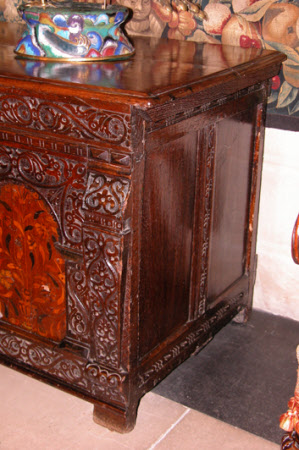 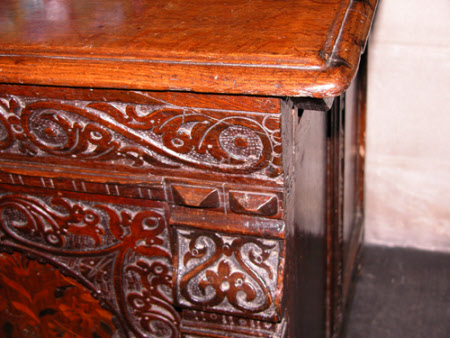 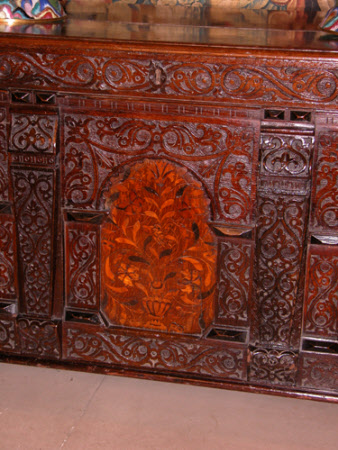 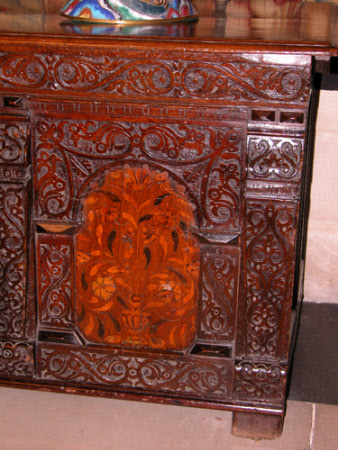 This type of chest bears similarities to a group of furniture known to have been produced in Yorkshire, particularly the Leeds area, during the middle of the 17th century. The furniture is characterized by the use of inlaid floral panels and sometimes bands of geometric parquetry inlay, together with the use of arcaded panels and profuse carved detail. See: Victor Chinnery, 'Oak Furniture: The British Tradition' (1993), pp. 470-472, illustrates several examples of inlaid Yorkshire furniture where The quality of the joinery is noted as 'extremely well made and carefully finished'. Leeds is suggested as the area of manufacturer, due to its relative wealth and the surviving examples 'located in houses and churches a little south-west of Leeds itself, in the Dewsbury/Batley/Halifax area'. V&A collection W.30-1931 illustrates another chest from this group, this example having square panels but the marquetry of a very similar design, 'Domestic chests were often used for storing clothing, bedding and linen, and are often recorded near bedchambers or standing at the foot of a bed. Chests of panelled construction with carved fronts, like this one were comparatively high-status products during the 16th and 17th centuries, being very robust as well as attractively carved with a wide variety of ornament. The use of inlay panels and carved ornament on the front of this chest suggest that it was made in the Leeds area of South Yorkshire.' See also Christopher Gilbert 'Furniture at Temple Newsam and Lotherton Hall' 1978 Vol.1 pg.131, ill. 145 James Weedon (Oct. 2017)