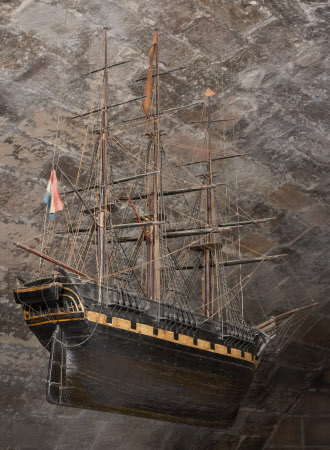 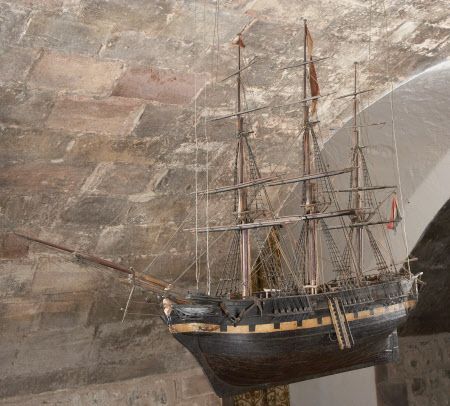 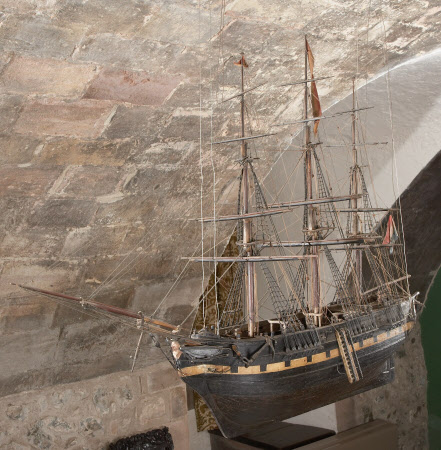 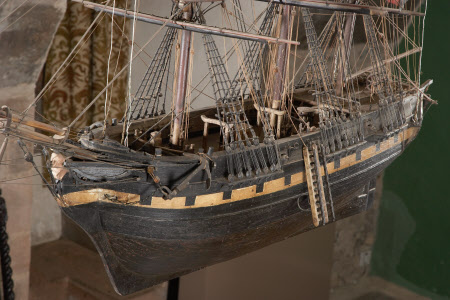 A wooden model of a 19th century schooner.

The model was made in Amsterdam in about 1840 and would have been one of many hundreds being produced at the time. It was bought to hang in the Ship Room during the Lutyens renovation of the Castle. It hangs from the ceiling with a wire pulley system which is secured by a padlock on the eastern wall of the room. Four modern steel wires hold the ship directly to rings on the ceiling. This is not unique in Lutyens work, as at another of his houses - Lambay Castle on an island off the coast of Dublin - in the Drawing Room there hangs another model of a ship.

The ship model was bought for the Castle during the renovation work by Sir Edwin Lutyens to hang in the Ship Room, or what Lutyens initially dubbed 'the Boat Room'. Lutyens would later also hang a ship model from another of his houses; Lambay Castle, on an island off the coast of Dublin.