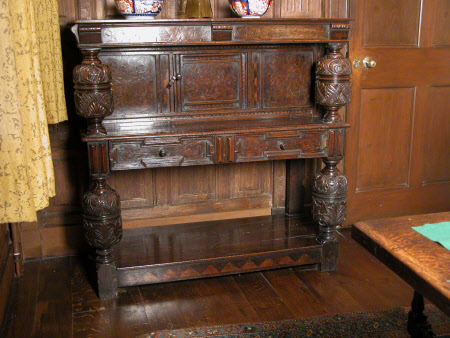 An oak and marquetry livery cupboard, English, 1920's or 1930's, the central door, panels and drawer all with floral marquetry within chequer borders, with upper and lower bulbous foliate-carved columns, geometrically moulded drawer-front and an undertier with dog-tooth inlay to the front edge.