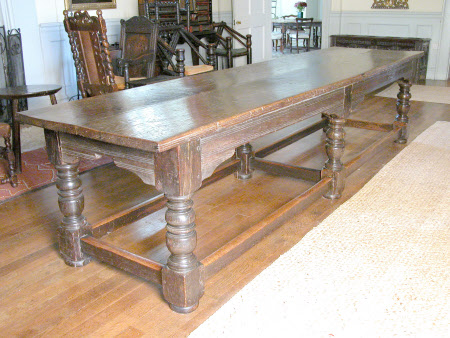 A large oak six-leg table, English, the top 17th century, the base 19th century, the twin-plank top with a reeded edge, above channel-moulded frieze rails with corner spandrels, on bulbous turned legs joined by square stretchers.