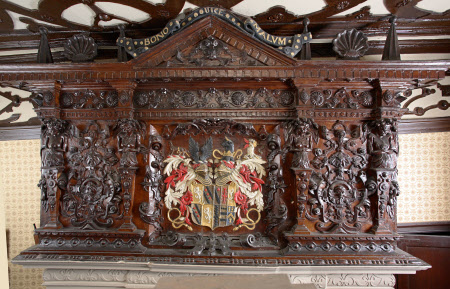 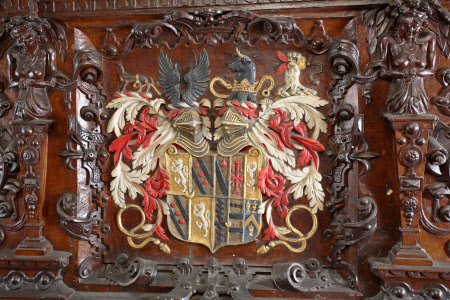 An early seventeenth century, plaster overmantel with the coat-of-arms of Gerard impaling Radcliffe; painted brown. Pediment top with central mask flanked by conical finials and scallops at either end of the pediment. The central frieze has the coat-of-arms painted in gold, white and blue; on either side are two columns topped with male and female busts with fruit spilling from their head-dresses. Imbetween the two columns is a section containing a male mask with smaller mask and a female face above. The border underneath the pediment has a design of interlocking circular flowerheads.

Original to the house. The overmantel was probably moved to the Knight's Bedroom from elsewhere in the house in the early eighteenth century. (taken from Lyme guide book 2000 edition, P.31)