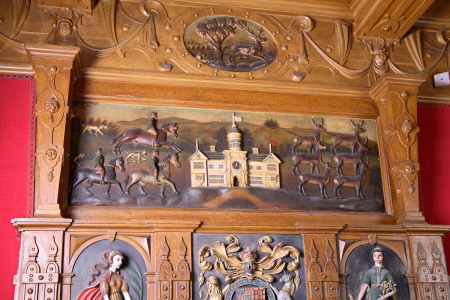 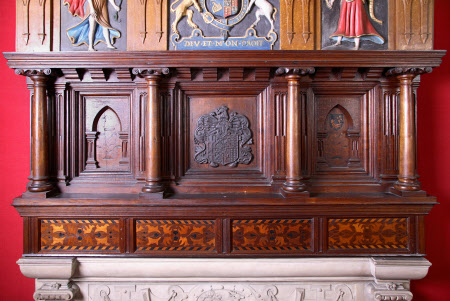 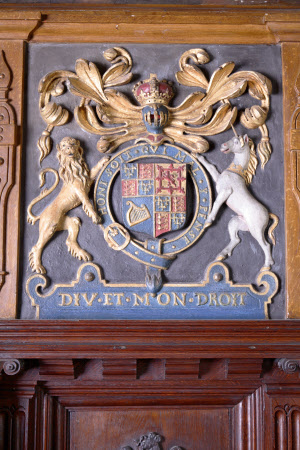 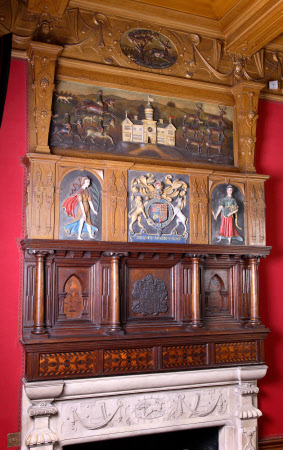 A nineteenth century, plaster and oak overmantel containing a representation of Lyme before the Elizabethan alterations. Rectangular plaster frieze to the top depicting Lyme with three men to the left on horseback and six deer to the right, in relief. Below this is a frieze with central coat-of-arms of James I, flanked by the figures of Peace on the left and Plenty on the right. The figure of Peace wears a brown dress and holds a branch; the figure of Plenty wears a red skirt and holds a basket of fruit. The oak base of the overmantel has a gallery of thin Ionic columns with inlaid marquetry below. The coat-of-arms of James VI is situated between the columns, flanked by the ram's head and severed arm symbols of the Legh family.

Original to the house. During the nineteenth century alterations to Lyme, the architect Lewis Wyatt incorporated elements of the original overmantel, including the oak lower section, and he probably based the plasterwork on what had existed. (taken from Lyme guide book 2000 edition, P.16)