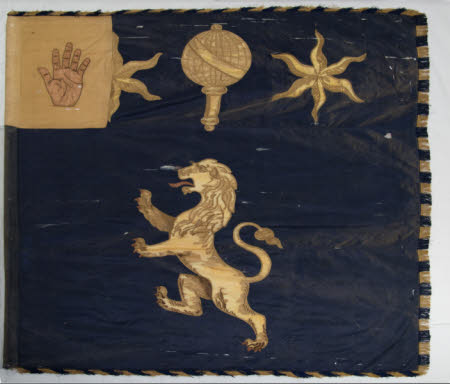 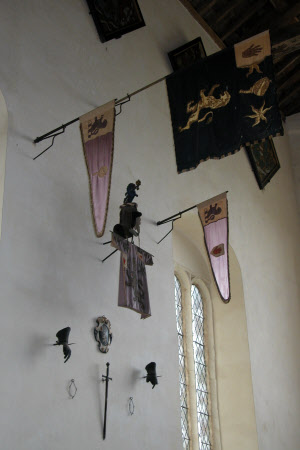 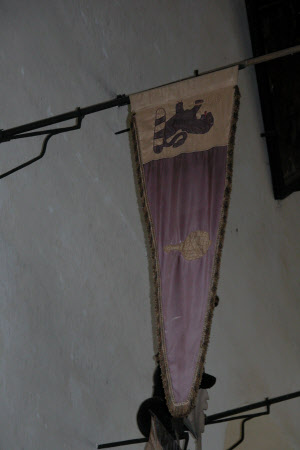 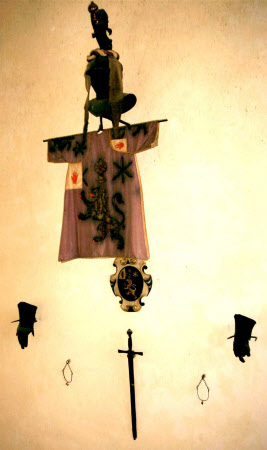 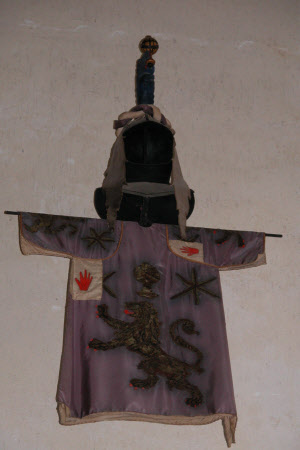 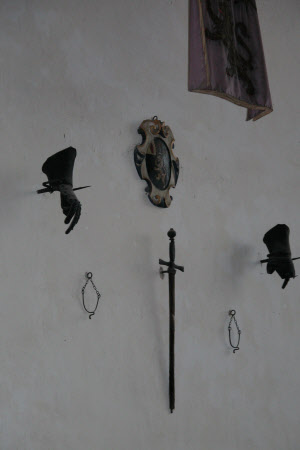 Sir Robert Dryden was buried like a medieval knight, with a full funerary achievement made for him. Each of the ‘achievements’ would have been carried at the funeral and then offered to the heir of the deceased, as part of a ritual dating back to Elizabethan times.

Funerary achievement of Sir Robert Dryden from 1708. Banner, with Dryden lion in centre. Striped edging. Yellow square of material in top corner with hand. The banner is constructed from a single thickness of dark blue silk taffeta x 3 widths (selvedge width 45cms). The motifs (lion rampant, globe and 1.5 stars) have been let in to the blue silk using run-and-fell seams. Made from ivory silk taffeta, the motifs are embellished with embroidered detail (silk yarns, chain stitch). The upper LH corner consists of a square block of ivory silk into which a pink silk hand motif has been let. There is a self pole sleeve; the remaining edges are trimmed with a blocked ivory and blue silk fringe.