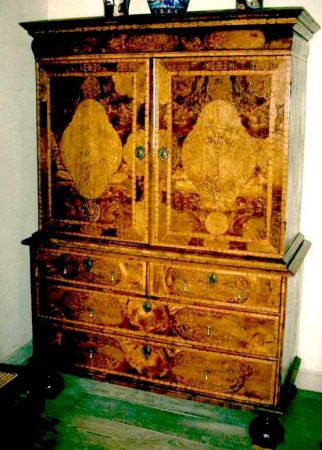 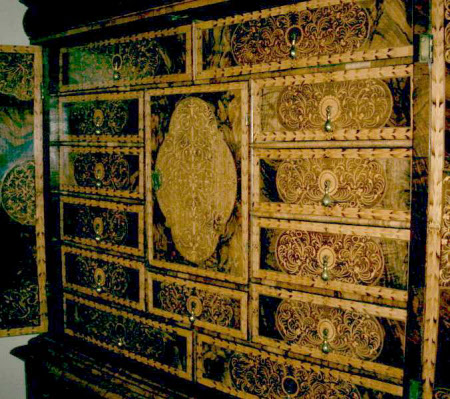 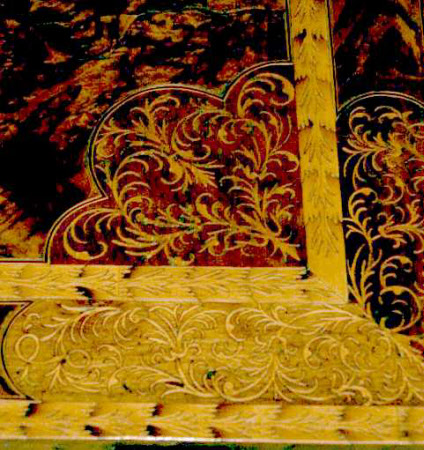 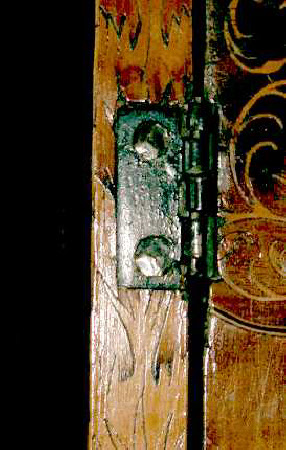 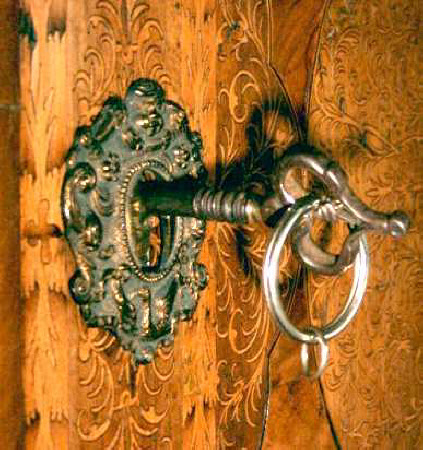 The upper cabinet section of a walnut and seaweed-marquetry cabinet on chest, English, probably London, circa 1710. Topped by a moulded cornice above a concave-fronted cushion-moulded frieze drawer. Above a pair of doors banded with runs of leaves and with marquetry-filled reserves. The lock to these doors of high quality and shooting four bolts. The interior fitted with thirteen drawers of various lengths, all spaced by half-round carcase beading and all around a central cuboard door, fitted with a lock shooting three bolts and enclosing four short walnut-veneered and line-inlaid drawers. The cabinet raised on a chest [NT 494902.2] of two short and two graduated long drawers, al within half-round carcase beading, with base moulding and replacement turned bun feet.

Not evident in an inventory taken at Canons Ashby in 1708 but probably the 'large inlaid Cabinet, wth Chest of Drawers under it' listed in the inventory taken 1717, and so presumed to have been purchased by Edward Dryden in the intervening years. Traditionally associated with Gerrit Jensen (d. 1715) it is, in fact, of a type that was probably produced by a number of London's leading cabinet-makers. Also contrary to received wisdom, this cabinet was originally in what was probably the principal bedchamber, now the Tapestry Room.