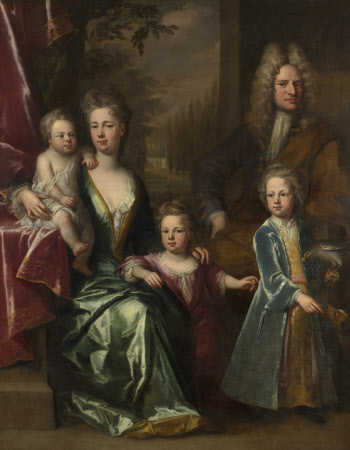 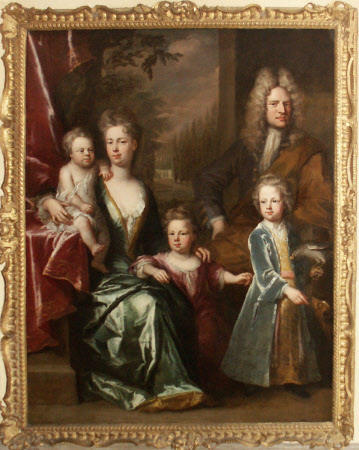 Edward Dryden has been painted in the background, using darker colours than the other family members; the reason thought to be that he may have died before the painting was completed.

Bought by the National Trust with the help of the National Art Collections Fund (The Art Fund) and a grant from the Purchase Grant Fund at Sotheby’s sale, 15 July 1987, lot 36 and returned to Canons Ashby.