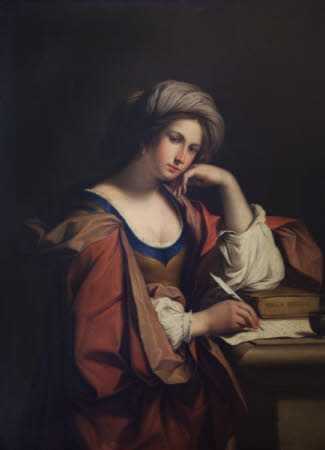 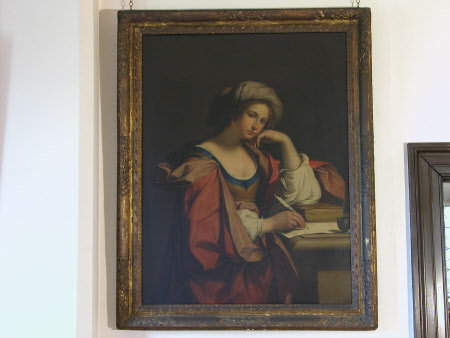 Oil painting on canvas, The Persian Sibyl, after Guercino (Cento 1591 – Bologna 1666). The Sibyl in a yellow dress with blue border and orange and brown cloak wearing a turban and standing by plinth resting her head on her left hand with elbow on a book on which is inscribed SIBILLA PERSICA; facing half right and writing with a quill. This ia a copy to scale of the original painted for conte Carlo Rondinelli, Governor of Guercino's native Cento, in 1647, which is now in the Pinacoteca Capitolina in Rome.

Given to the National Trust by the Misses Winifred and Marion Sedgwick in 1944 - 50, having presumably been acquired or inherited by their mother, who became the tenant of Grantham House in 1884, and inherited it from her brother in 1924