Bust of Flora surrounded by Flowers 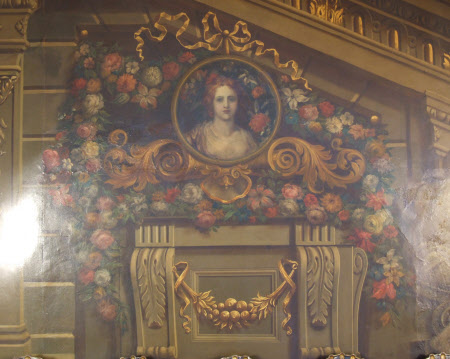 Oil painting on plaster, Bust of Flora surrounded by Flowers, by Louis Laguerre (Paris 1663 - London 1721), 1718/20. Painted roundel on the east wall of a bust of a young girl 'Flora' with flowers in her hair, the roundel is in the form of a picture hanging from an elaborate painted bow of ribbons, the whole background covered with painted flowers.