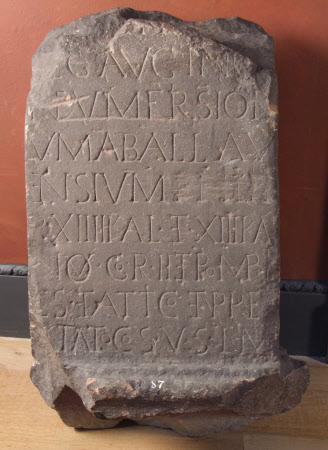 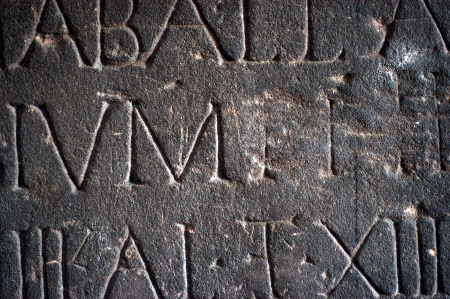 Part of a red sandstone Roman altar with an inscription.

Found in 1866 built into Cockermouth Castle, the Cumberland estate of the Egremont family, and presumably taken from the Roman fort at Papcastle, one mile to the north-west. Thence by descent, until the death in 1952 of the 3rd Lord Leconfield, who had given Petworth to the National Trust in 1947, and whose nephew and heir, John Wyndham, 6th Lord Leconfield and 1st Lord Egremont (1920-72) arranged for the acceptance of the major portion of the collections at Petworth in lieu of death duties (the first ever such arrangement) in 1956 by H.M.Treasury.