Storm and Avalanche near the Scheidegg in the Valley of Lauterbrunnen 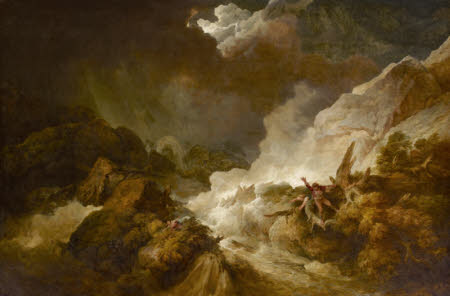 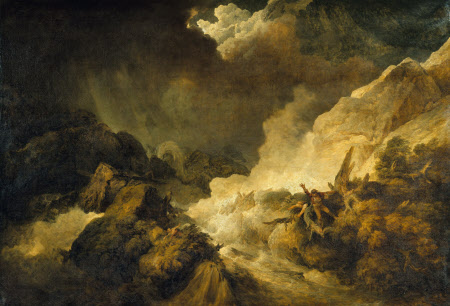 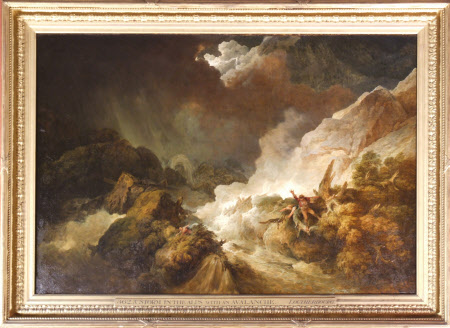 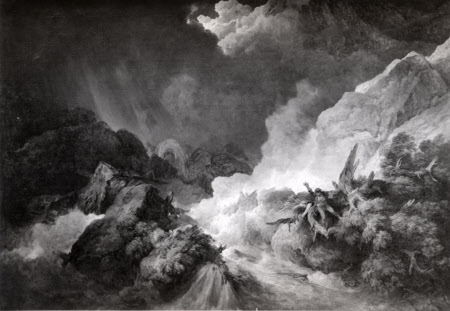 De Loutherbourg was famous for his elaborate set designs. His feel for drama and Romantic spirit is evident in pictures such as this. Nature is portrayed as an overwhelming force. The full title in the Royal Academy exhibition was “An Avalanche or ice fall, in the Alps, near the Scheideck, in the Valley of Lauterbrunnen”. A similar composition, perhaps intended as a pair to this picture, was bought from the artist in 1805 by Sir John Leicester.

Oil painting on canvas, Storm and Avalanche near the Scheidegg in the Valley of Lauterbrunnen by Philip James de Loutherbourg (1740-1812), 1804. It depicts a torrent at centre with a mill wheel at left and three figures.

In the collection of the 3rd Earl of Egremont (1751-1837) by 1835. By descent, until the death in 1952 of the 3rd Lord Leconfield, who had given Petworth to the National Trust in 1947, and whose nephew and heir, John Wyndham, 6th Lord Leconfield and 1st Lord Egremont (1920-72) arranged for the acceptance of the major portion of the collections at Petworth in lieu of death duties (the first ever such arrangement) in 1956 by H.M.Treasury.