An Unknown Noblewoman seated in a Chair 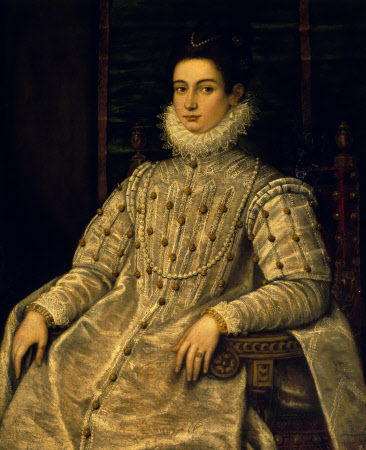 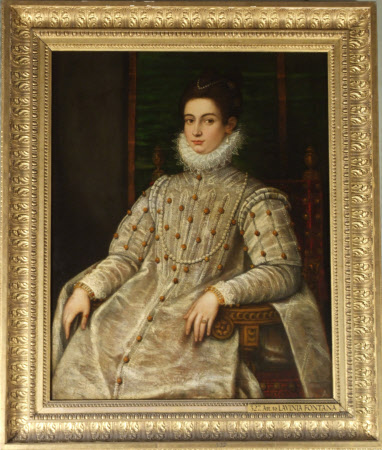 Fontana was the daughter of a Bolognese painter, whose trade she chose to adopt, which was unusual for a woman at this time. She initially made her name painting the upper class ladies of her home town, Bologna. The sumptuous dress and jewellery worn by this sitter suggests her elevated social standing. The dress and particularly the ruff around her neck have been painted with exquisite detail. Stylistically this portrait is close to some of the Venetian portraitists, who were working around this time, such as Veronese and Tintoretto.

Oil painting on canvas, An Unknown Noblewoman seated in a Chair, attributed to Lavinia Fontana (Bologna 1552 – Bologna 1614). A three-quarter-length portrait, seated, three-quarters left, in an arm-chair, dressed in silver-grey with gold buttons, a pearl necklace, ruff and gold pearl-studded bracelets. A green silk hanging is shown behind the figure.