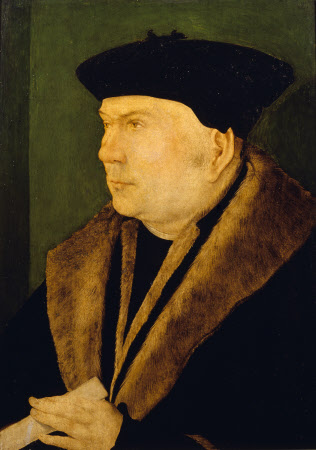 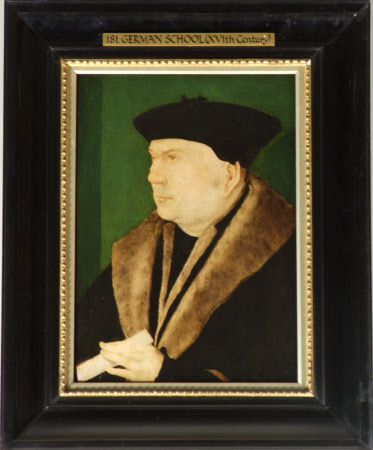 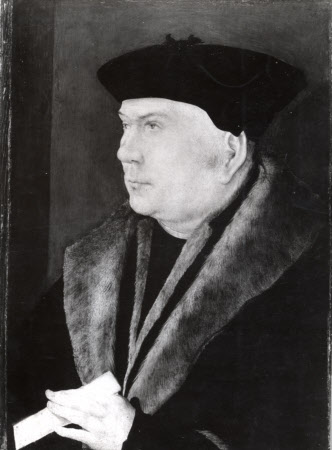 Cromwell served as chief minister to Henry VIII from 1532 to 1540. He was a strong advocate of the Reformation. He was also instrumental in the management of Henry VIII’s marital unions. He engineered the annulment of the King’s marriage to Catherine of Aragon, so that he could marry his mistress, Anne Boleyn. He fell from favour after arranging the King’s marriage to Anne of Cleves. This disastrous marriage ended in divorce and the execution of Cromwell, who was beheaded for treason and heresy on 28th July 1540. It was later reported by the French Ambassador that the King was now said to be lamenting that "under pretext of some slight offences which he had committed, they had brought several accusations against him, on the strength of which he had put to death the most faithful servant he ever had.” This portrait was formerly attributed to Holbein.

Oil painting on canvas, Thomas Cromwell, Earl of Essex (c.1485-1540), Anglo-Netherlandish School, 1530. A head-and-shoulders portrait of a man turned to the left, almost left profile, holding a paper in his left hand and wearing a black cap, tunic and surcoat, with an outer and inner fur collar against a green background.

In the collection of the 3rd Earl of Egremont (1751-1837) by 1835; thence by descent, until the death in 1952 of the 3rd Lord Leconfield, who had given Petworth to the National Trust in 1947, and whose nephew and heir, John Wyndham, 6th Lord Leconfield and 1st Lord Egremont (1920-72) arranged for the acceptance of the major portion of the collections at Petworth in lieu of death duties (the first ever such arrangement) in 1956 by HMTreasury