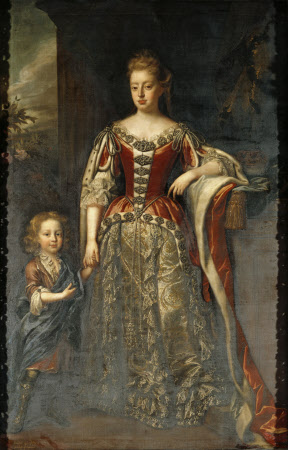 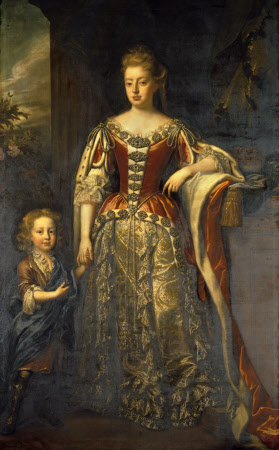 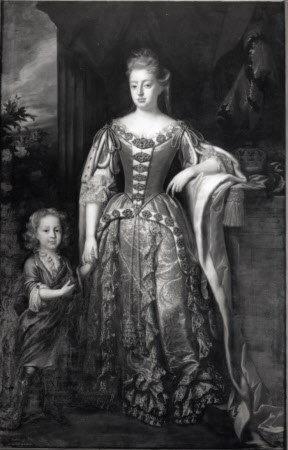 Oil painting on canvas, Lady Elizabeth Percy, Duchess of Somerset (1667-1722) and her son Algernon Seymour, Earl of Hertford, later 7th Duke of Somerset (1684-1750) by John Closterman (Osnabrück 1660 – London 1711). Two full-length portraits, standing, child on left, holding his mother's right hand. The Duchess wears an ermine-trimmed red overdress, sewn with jewels, and a silver and gold embroidered skirt, her left elbow rests on a stone plinth on which her coronet rests, one of her cloak tassels also hangs near her elbow. Her son wears a red tunic, blue mantle and green hose. An architectural setting right with pillar and curtain and landscape left with foliage and sky.

In the collection of the 6th Duke of Somerset at Petworth, around 1730; thence by descent, until the death in 1952 of the 3rd Lord Leconfield, who had given Petworth to the National Trust in 1947, and whose nephew and heir, John Wyndham, 6th Lord Leconfield and 1st Lord Egremont (1920-72) arranged for the acceptance of the major portion of the collections at Petworth in lieu of death duties (the first ever such arrangement) in 1956 by H.M.Treasury.