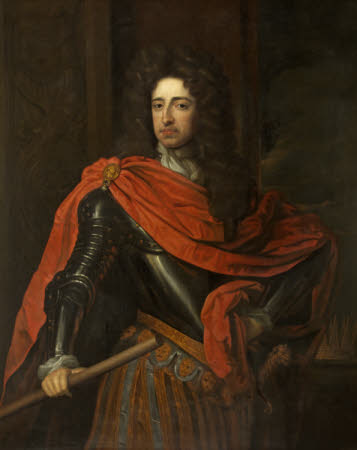 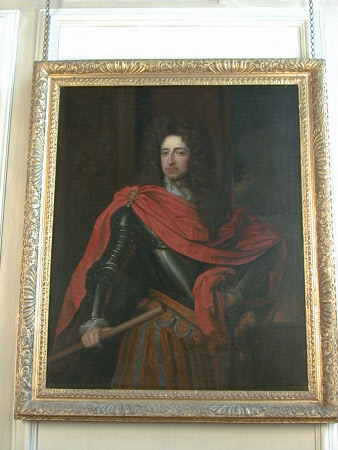 This portrait of King William III in classicising armour was probably painted between 1690 and 1700. William sat to Godfrey Kneller for his full-length state portrait (in the Royal Collection) in 1690, after assuming the throne of England with Queen Mary. Kneller made studies of the King from life for the 1690 portrait, and used the same face-type when he painted a portrait of the King in armour. The pose of the King in armour, however, was taken from an earlier portrait by Kneller of King James II, who had been deposed by William. The prime version of this picture may be the portrait of William III in armour in the Scottish National Portrait Gallery. Another version is in the former collection of the Earls of Stamford at Dunham Massey (also National Trust).

Oil painting on canvas, King William III (1650-1702), after Sir Godfrey Kneller (1646/9-1723), circa 1690-1700. A three-quarter-length portrait, his body turned slightly to the right, his head to the left, looking out at the viewer. He wears armour and an all'antica costume, with a red cloak draped across his shoulders, fastened on his right shoulder by an antique cameo. His left hand is on his hip, and in his right he holds a baton. An open crown is on the plinth to the right.