A Dummy Board Figure of a Servant Woman peeling an Apple 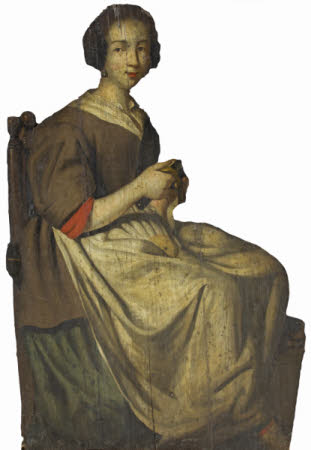 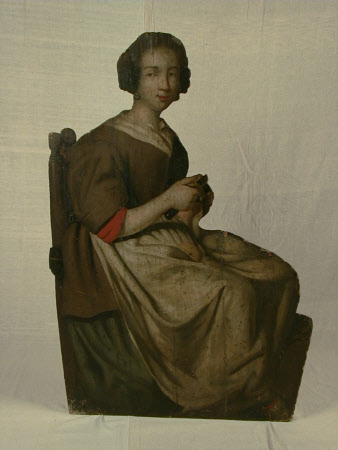 This dummy board, or ‘silent companion’, shows a Dutch woman peeling an apple. It is not clear exactly how such dummy boards were used, but they may have acted as firescreens. This one has been at Dyrham Park since at least 1703, when it is listed in the property inventory as 'a Woman paring an Apple'. Interestingly, none of the other pictures listed in the 1703 inventory are named by artist or subject, and just appear as 'pictures' under the Room heading, making it difficult to identify them.

Recorded at Dyrham Park since at least 1703; thence by descent; Indigenous collection purchased by Ministry of Works in 1956 and given to Dyrham Park in 1961