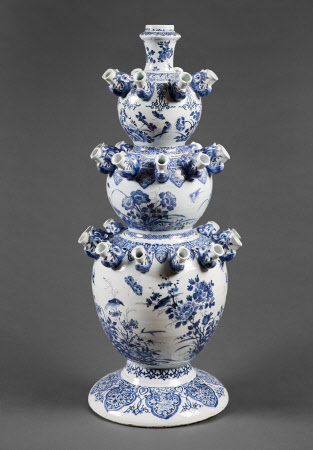 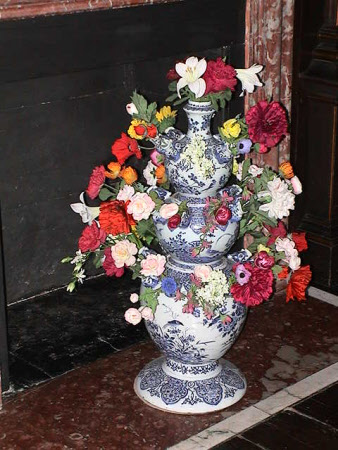 A substantial vase marked ‘AK’ for the maker Adrianus Kocx, owner of the leading late 17th century Delft pottery called De Grieksche A. This factory was the favoured supplier to Queen Mary, providing palaces with many ornaments, often for the display of flowers. At Dyrham Park vases such as these filled fireplaces during the summer, with extravagant displays that contrasted with flower-piece paintings of desirable and sometimes newly imported plants.