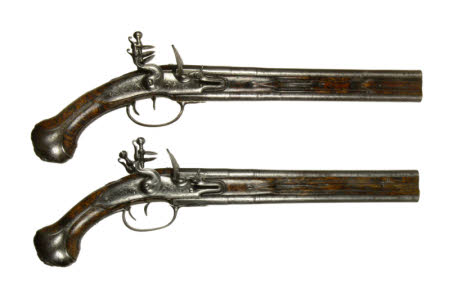 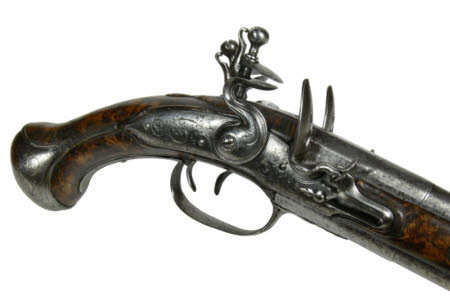 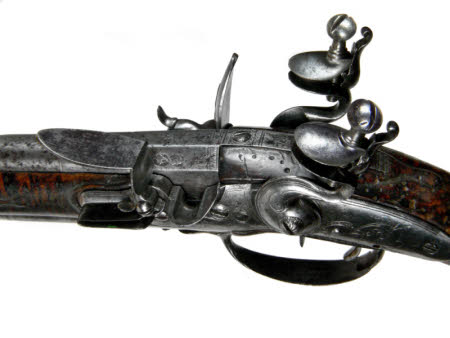 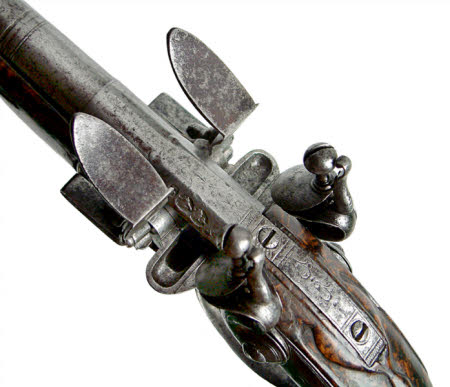 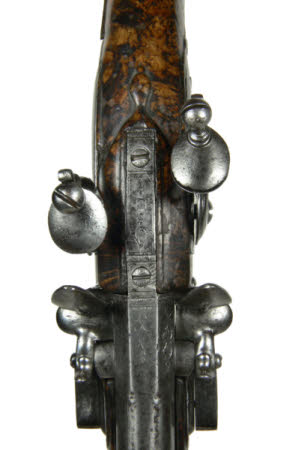 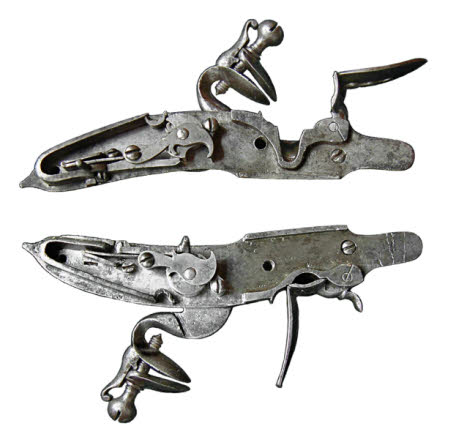 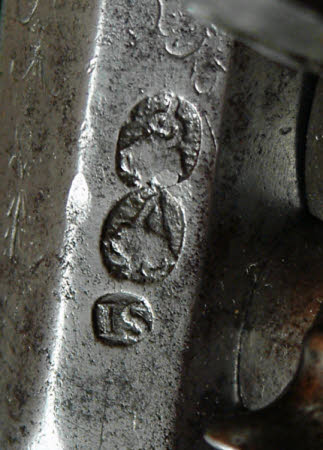 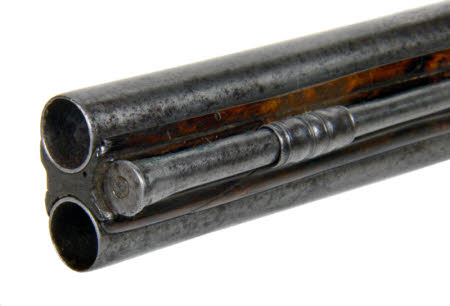 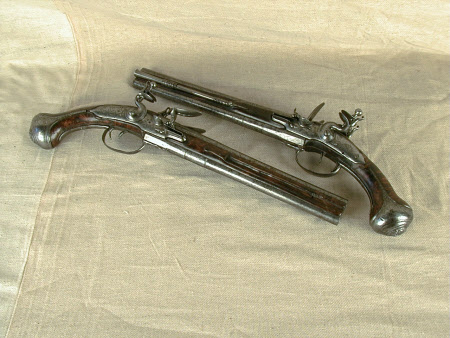 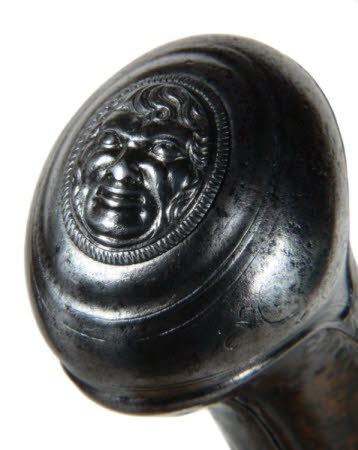 This pair of “under and over” barrelled holster pistols owned by William Blathwayt were probably taken on campaign with him in Flanders when head of William III’s army.

Gun; One of a pair of late 17th century "over & under" flintlock holster pistols probably by John Shaw of London, c 1690. In oak box with green velvet backing.

One of a pair of double-barrelled flintlock holster pistols, c1690, almost certainly by John Shaw, London (active c1665 – 1720). John Shaw became a Freeman of the London Gunmakers Company in 1673. He was appointed Gunsmith-in-Ordinary to Charles II in 1680, to James II in 1685, to William III in 1689, and finally to George I in 1715. He was also a contractor to the Ordnance and the Hudsons Bay Company. He died in 1720. Two separate iron barrels, mounted in an over and under formation, each formed in 3 stages, octagonal at the breech, then sixteen-sided and then round to the muzzle. Each breech engraved and stamped with London Gunmakers Company proof marks, together with the makers mark IS within an oval. Each barrel has a long engraved barrel tang with 2 fixing screws.B Barrel length 29.8cm. Calibre 15mm The burr-wood stock is made in 2 parts – the butt section with swollen pommel, with profile carving to the lock recesses, the barrel tang and ramrod channel. The separate forestock section is also of burr-wood, of fluted form and the ramrod is mounted on the left side. The engraved iron furniture comprises; a spurred pommel cap with chiselled grotesque mask, a trigger guard with trefoil finial, and 2 baluster turned ramrod pipes. Double triggers, one of very short form (2 replaced). Iron ramrods (1 modern, 1 an old replacement). Right and left hand backaction flintlocks, the plates elongated and of rounded form. The plates are engraved with scroll and foliage . The cocks are of rounded form and frizzens are unbridled. The left-hand lock has a deeply formed flashpan to allow access the touch-hole of the lower barrel. The locks are unsigned. They are retained to the stock by 2 sidenails. Overall length: 47.6cm References H.L.Blackmore, Dictionary of London Gunmakers 1350 - 1850, London 1986 Brian Godwin & David Weaver, “A Remarkable Group of Late 17th Century English Pistols and Their Genesis”, London Park Lane Arms Fair catalogue, Spring 2009. Brian Godwin, “Historic Firearms of the National Trust - An Unusual Pair of Pistols at Dyrham Park", Classic Arms & Militaria Magazine, 2013

Possibly owned by William Blathwayt 1649-1717, perhaps taken with him to Holland. Indigenous collection purchased by Ministry of Works in 1956 and given to National Trust in 1961.