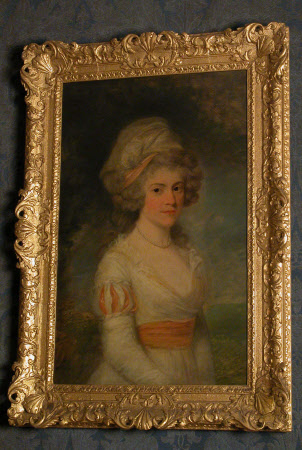 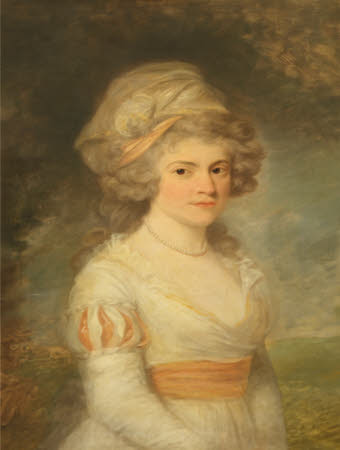 Oil painting on canvas, Rachel da/de Crasto (b. 1694 - 1723/5) by Richard Cosway RA (Tiverton, Devon 1742 - London 1821). A half-length portrait of a young woman, turned to the right, gazing at the spectator, wearing a white and pink dress, single row of pearls, three-quarter face. She was the only child of the sister-in-law of Benjamin Disraeli's grandfather, Reyna Syprut or Shiprut de Gabay Villareal who was married to Abraham Namias de Castro (1665 - 1728). They were cut off by her mother, Esther Spruyt, but the older Benjamin remained friendly with them and his son, Isaac, who had benefitted from their disinheritance and provided Rachel de Crasto, in his will. Sarah Syprut de Gabay Villa Real, Mrs Benjamin D'Israeli (1742/3-1825) was the mother of Isaac D'Israeli (1766 - 1848), the younger Benjamin's grandmother.

Given to the National Trust with Hughenden Manor by the Disraelian Society, 1947