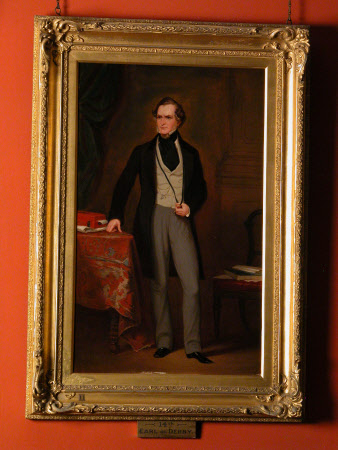 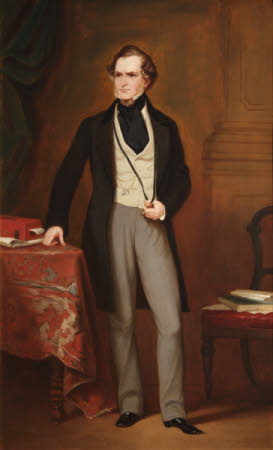 Oil painting on canvas, Edward Geoffrey Smith-Stanley, 14th Earl of Derby, KG, PC (1799-1869) (after Sir Francis Grant) by Jane Hawkins (1841-1904). A full-length portrait, standing, right hand on table next to red dispatch box. In left hand he holds a monocle, which hangs from his neck. Black coat, grey trousers, light grey waistcoat and gold watch chain with two silver keys on it. To his left, side chair with blue book and papers. See NT 428979. The original picture, exhibited at the Royal Academy in 1859, is still at Knowsley Hall.