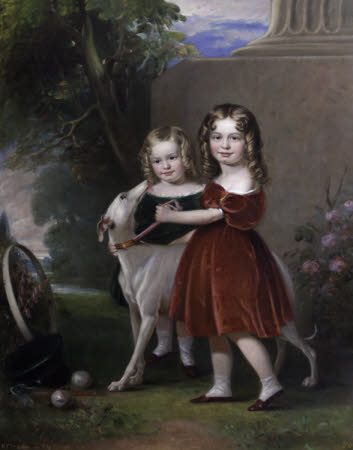 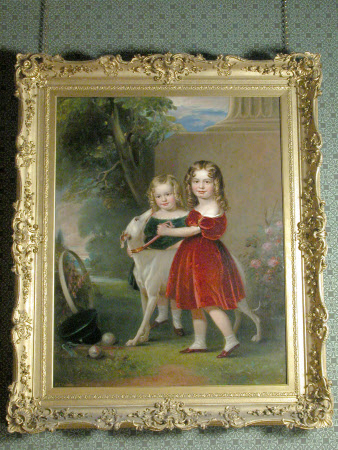 Oil painting on canvas, Thomas Bowater Vernon (1832-1859) and his Brother, later Sir Harry Foley Vernon, 1st Bt MP (1834-1920) as Children, British School, 1836 (previously possibly Henry Weigall (London 1829 - Ramsgate 1925). Full-length portraits of two young boys, both turned slightly to the left, the one on the right gazing at the spectator, both holding a white greyhound which stands between them. They both have blond hair with ringlets, both are wearing short off-the-shoulder dresses, the boy on the right in red velvet and the other in green velvet. On the right is a massive plinth to a fluted pillar, and on the left is a hoop, two balls and a hat, behind which is a distant view of trees and sky.