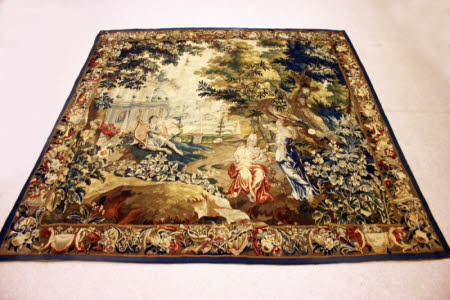 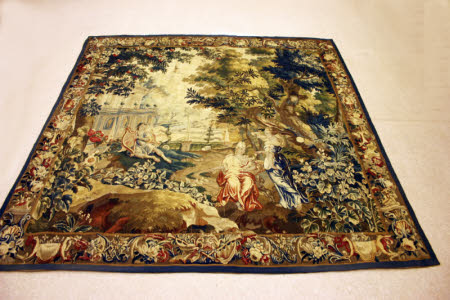 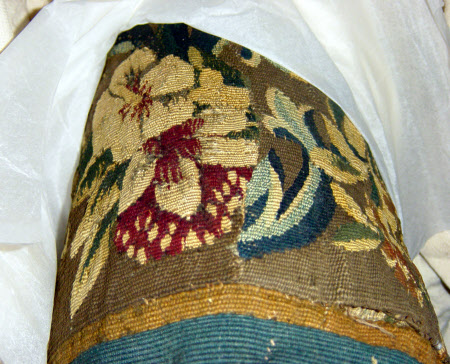 Tapestry, wool and silk, 6½ warps per cm, Apollo from a set of three Mythological Scenes, Flemish, c. 1690-1710. In the right foreground a woman in a red dress sits on chair with golden lions' feet, a small dog in her lap. A standing woman in a blue dress offers a titbit to the dog, and another dog jumps up. Further back to the left a young man with golden hair and a laurel wreath on his head sits on a grassy bank playing the harp. Behind him is a parterre and a classical building with golden statues in niches, and to the right behind the women there is a dense forest. The borders, which have been attached from an unrelated tapestry, are composed of flowers, leaves and scrolls on a light brown ground with helmets and crossed bugles at the top and bottom, and in two military saddles at each side of the lower border. (Helen Wyld, 2011)