Peter The Great at the Battle of Poltava 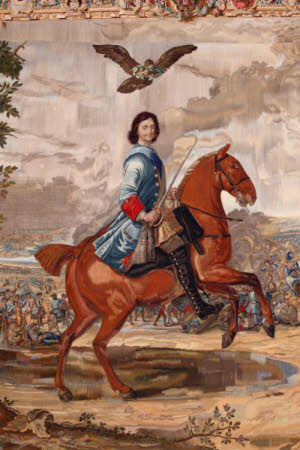 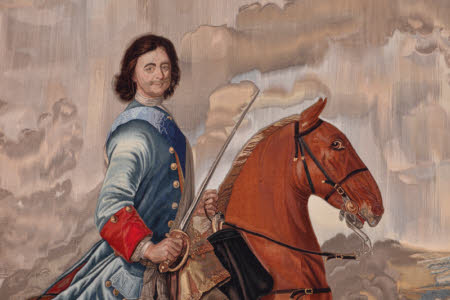 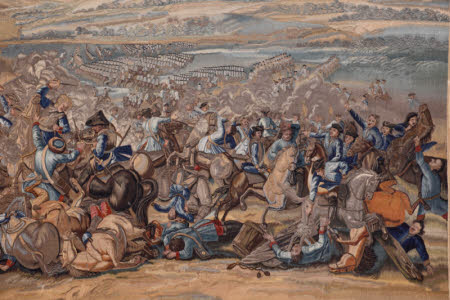 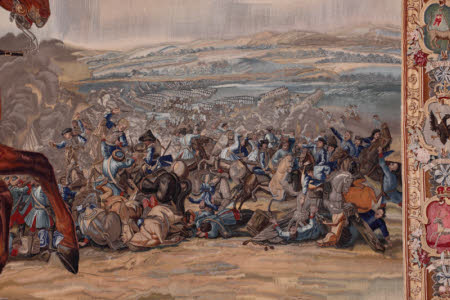 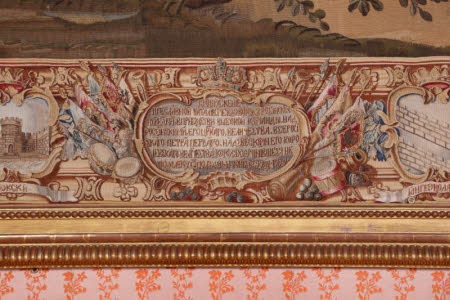 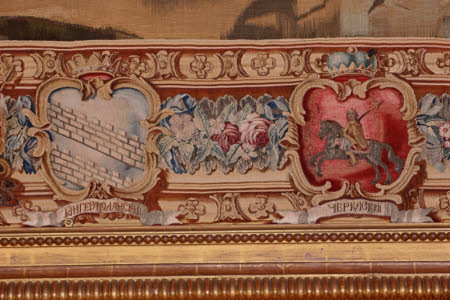 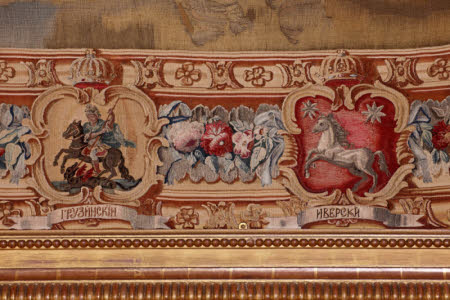 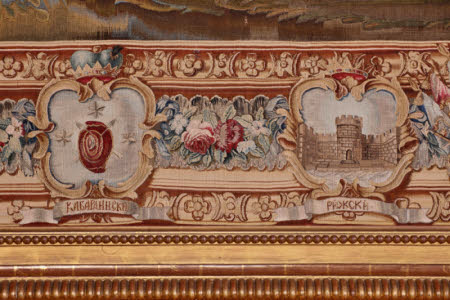 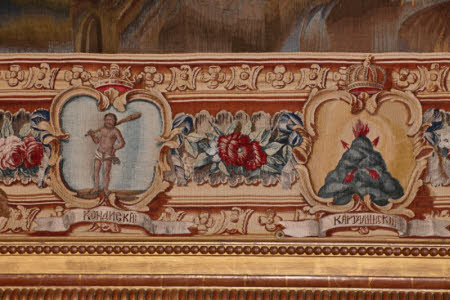 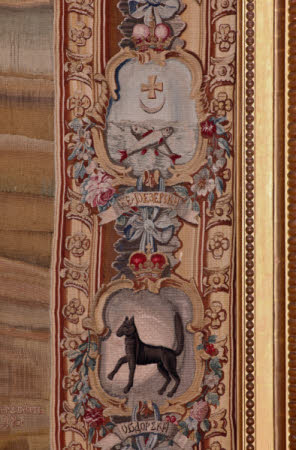 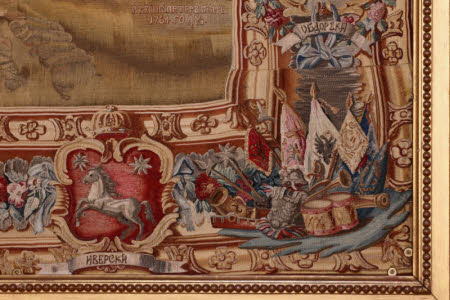 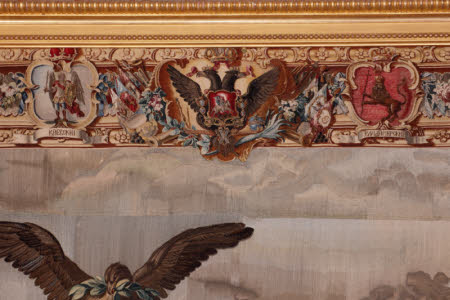 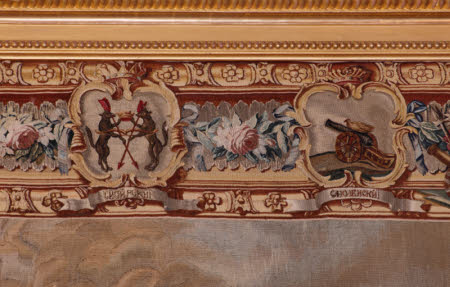 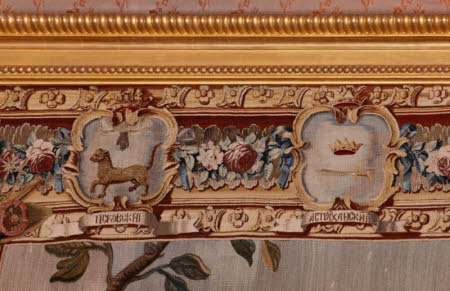 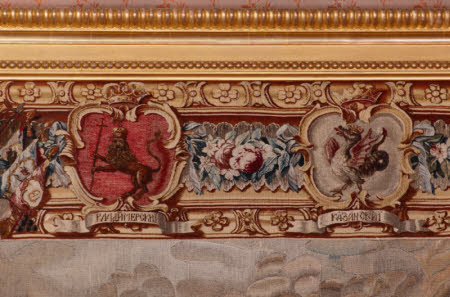 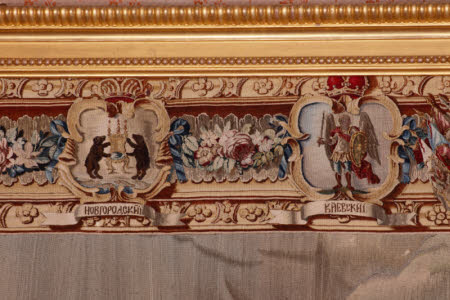 This large tapestry depicts Peter the Great defeating the Swedish army at the Battle of Poltava in 1709, the turning point in the Great Northern War between Russia and Sweden for control of the Baltic Sea. On his return from France in 1716-17, Peter established a state tapestry factory in St Petersburg, bringing with him two groups of French craftsmen from the Gobelins and Beauvais manufactories to run the workshop and train Russian apprentices in the art of weaving. The French excelled in the art of tapestry weaving and the Gobelins in particular was unsurpassed for its imaginative and sumptuous pictorial designs. It was at the St Petersburg manufactory that this tapestry was woven and presented in 1765 as a gift from Catherine the Great to the 2nd Earl of Buckinghamshire, on the completion of his three-year spell as English Ambassador to Russia. Buckinghamshire had been appointed to negotiate a treaty between the two countries and although this failed, he was popular at the Russian court and well-liked by the Empress, who was said to be enamoured by his charms. The Earl was less impressed with Russia, leaving vivid accounts of arduous travel, court entertainments and scandals. On one memorable trip to Moscow he described travelling along ‘the most detestable roads in the universe, covered with snow’, only to arrive, ‘. . . in a most wretched, ruinous house, furnished with no fixtures nor any movables but rats and bugs.’ Returning to England in 1765, Buckinghamshire began remodelling Blickling Hall, the family seat in Norfolk, creating two new rooms to house the gifts and perquisites he had received as Ambassador. Work on a new Drawing Room took four years to complete and the tapestry almost fills the entire west wall of the room, now known as The Peter the Great Room in its honour.

Tapestry, wool and silk, 7 warps per cm, Peter the Great at the Battle of Poltava, Saint Petersburg Manufactory, after a design by Louis Caravaque, 1764. In the centre of the tapestry is an over-life-size representation of Peter I, Tsar of Russia (Peter the Great) in the pose of a triumphant general, riding a rearing chestnut horse and looking out at the viewer, an upraised sabre in one hand. Over his head hovers an imperial eagle holding a laurel wreath, a symbol of victory, in its beak. Behind the Tsar a battle rages between Russian forces, wearing blue-grey uniforms, and the army of Charles XII of Sweden. In the left background the river Vorskla and the fort of Poltava can be seen. The elaborate borders are formed of a band of leaves and flowers between decorative strips imitating carved and gilded wooden frames. Superimposed onto this are the coats of arms of all the provinces of the Russian Empire under Peter the Great, with the arms of Russia in the centre of the upper border, a cartouche with an inscription describing the battle in the centre of the lower border, and military standards at each corner.