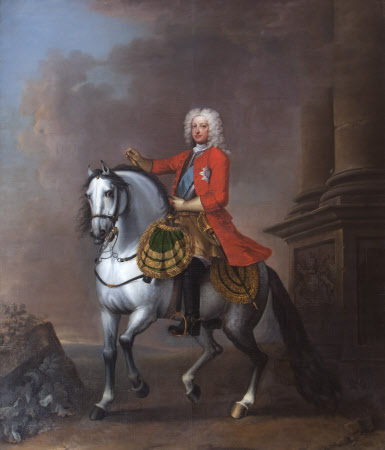 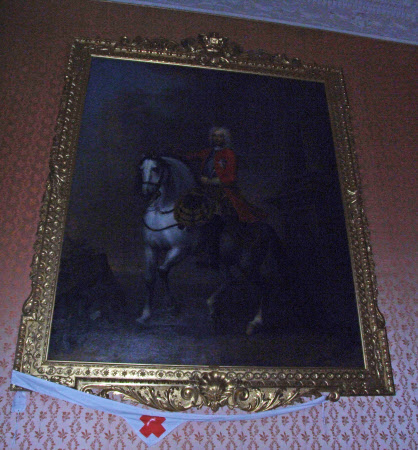 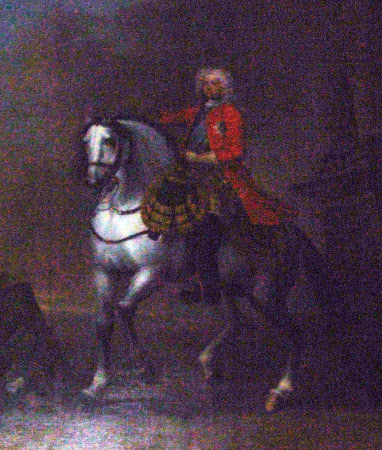 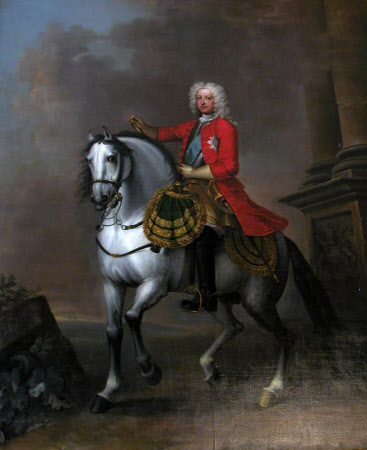 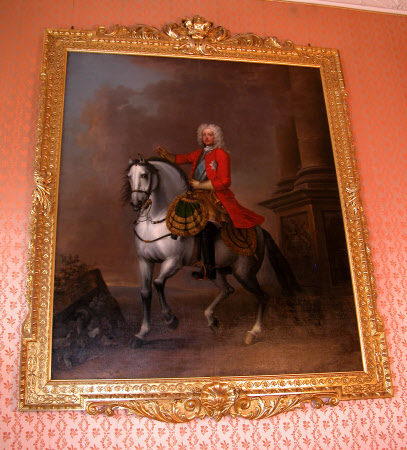 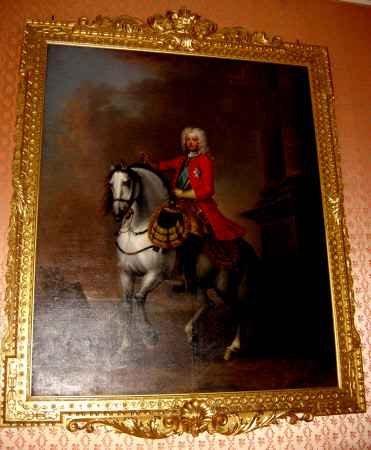 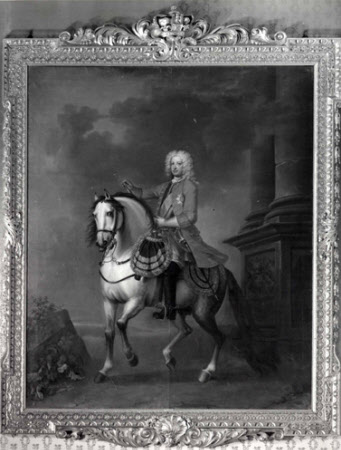 This picture was painted for Lord Hobart of Blickling, where this picture hangs, who was created 1st Earl of Buckinghamshire in 1746. Entries in George Vertue’s ‘Notebooks’, in 1732, described how Jervas had ‘lost much favour and interest at court’ because the King’s face was not a close enough likeness. He notes that Wootton was responsible for the horse, which was, by contrast, ‘much approved of.’

Oil painting on canvas, King George II (1683–1760) on Horseback by John Wootton (Snitterfield c.1682 – London 1765) and Charles Jervas (Dublin 1675 – London 1739), on stone at the left: CAR. JARVIS & / JOH. WOOTTON / Fecerunt; and dated below the royal arms, on the plinth at the right: A.D. / MDCCXXXII [1732]. Full-length portrait on horseback, facing towards left, wearing red coat and steel breastplate, gilt gauntlets, pistol and sword. Massive columns at right. Gold braided and fringed saddle cloth on grey horse. Jointly signed on stone at lhs by Charles Jervas who painted the face only and John Wootton, who completed the rest of the painting.