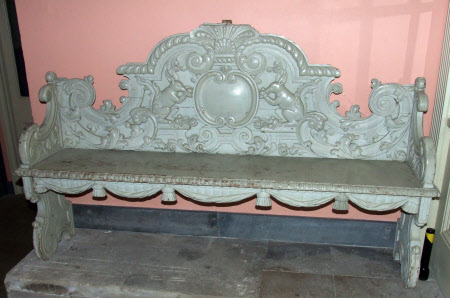 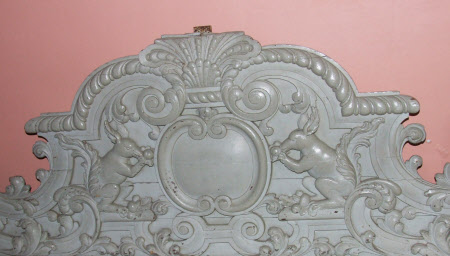 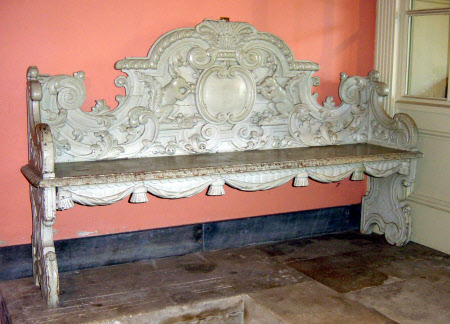 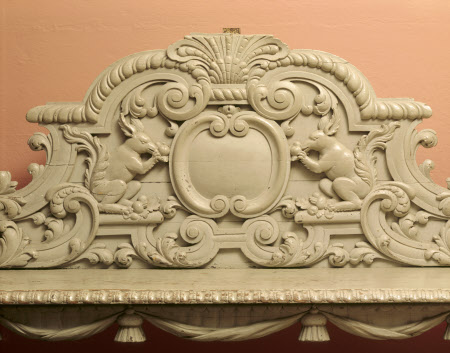 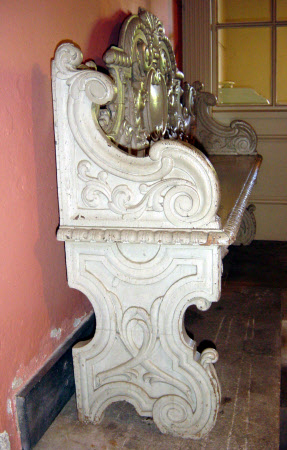 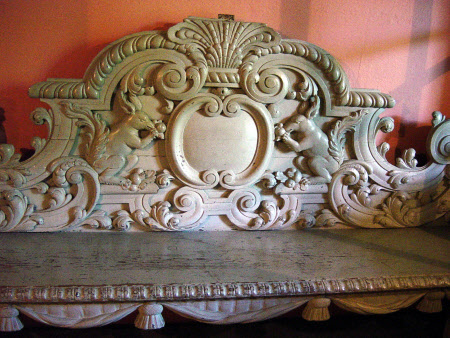 A painted deal bench, Netherlands, circa 1700. The shaped back profusely carved with a central cartouche flanked by squirrels eating nuts and with scrolling floral designs. The plank seat with gadrooned carved edge with a swag and tassel carved frieze on scroll carved end supports. Later painted.

A similar bench can be seen in Furniture at Temple Newsam and Lotherton Hall, Gilbert, Christopher - plate 545. Hall seats such as this one were commonly placed in entrance halls of Dutch houses and painted to match the wall decoration. Other examples to be found in Britain include the Victoria and Albert Museum, Arniston, Scotland and there are a pair of benches in the entrance hall at Dunham Massey, Cheshire (NT930597) which show similar detail in carving and decoration. (James Weedon 2016)

Part of the Lothian Collection. The hall and contents were bequeathed to the National Trust in 1940 by Philip, 11th Marquess of Lothian (1882-1940).