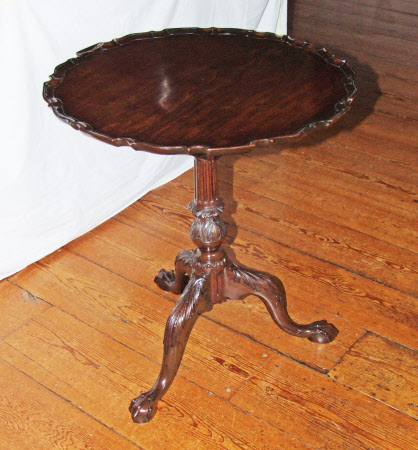 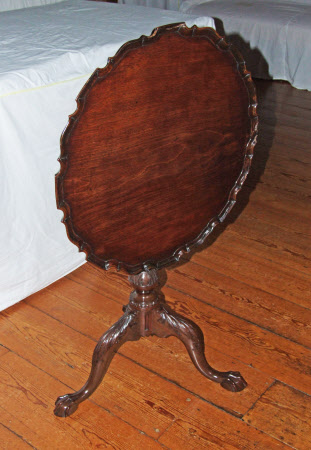 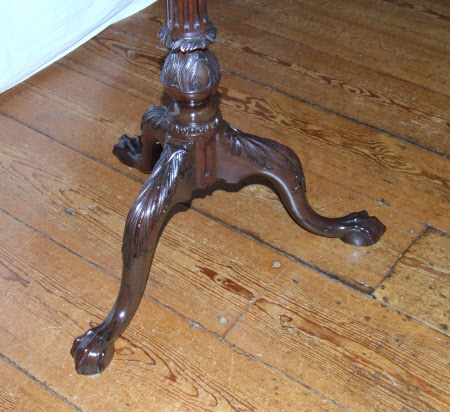 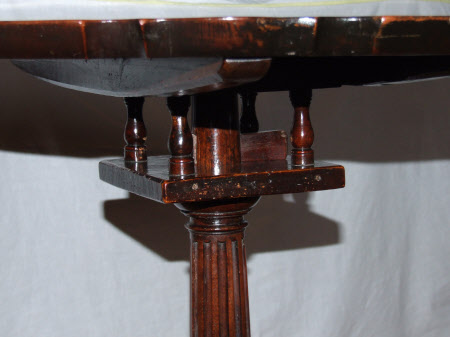 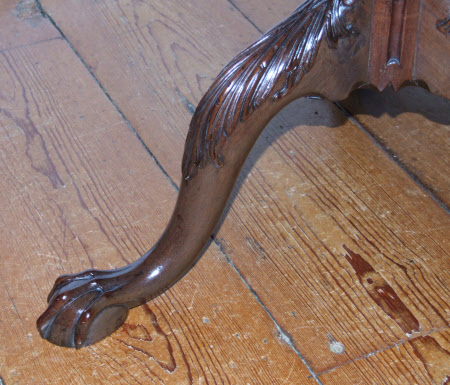 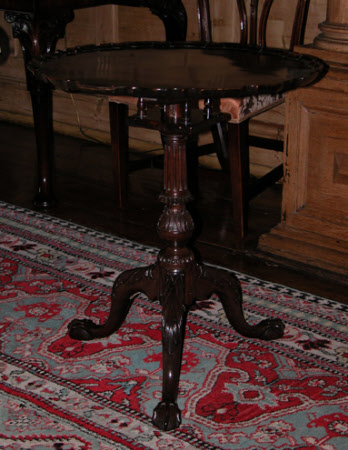 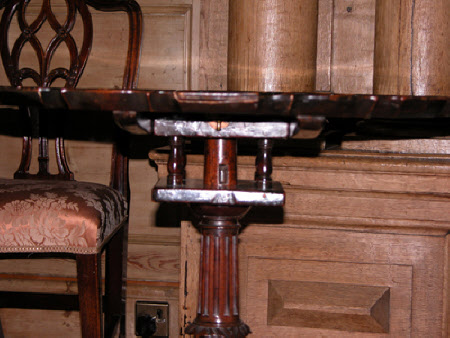 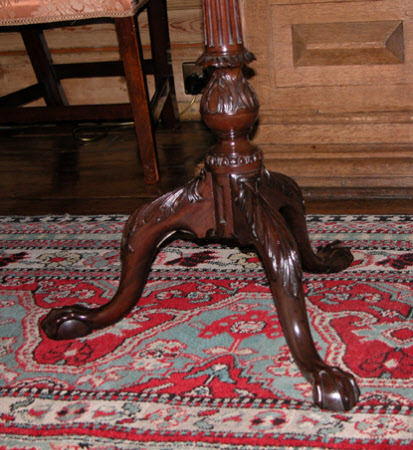 A mahogany pedestal table, English, circa 1760. The associated circular top with piecrust edge above a bird cage action and turned stop fluted column with acanthus carved knop. With three out swept legs with further acanthus carving and claw and ball feet. The top of this table originally belonged to another similar and is associated. Bearing the trade label of Frank Partridge. Founded in 1900 by the present Frank Partridge’s great grandfather, the business opened a gallery almost opposite Christie’s in King Street, dealing in the very finest English and French furniture and Chinese porcelain. When these premises were bombed in 1939 Frank Partridge Snr moved his business to the famous “Partridge” building opposite Sotheby’s in New Bond Street and in circa 1912 opened a shop in New York, on Fifth Avenue. During this period, Partridge’s received the Royal Warrant as Purveyors of Fine Art to Queen Mary, a frequent visitor to the gallery. Records in the archive of the Burrell Collection show that one of Partridge's earliest customers was the great art collector, William Hesketh Lever (1851-1925) the first Lord Leverhulme. Lord Lever (as he later became known) purchased chinese porcelain from Partridge for over twenty years. Another important early client was Philip Kerr, the 11th Marquess of Lothian. Lord Lothian and Partridge were friends and helped to furnish Blickling hall in the 1930s.