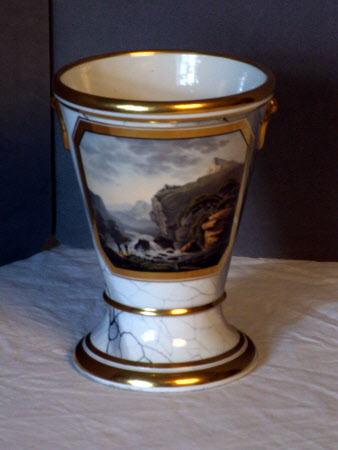 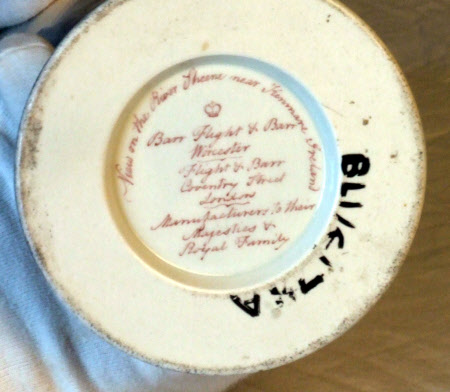 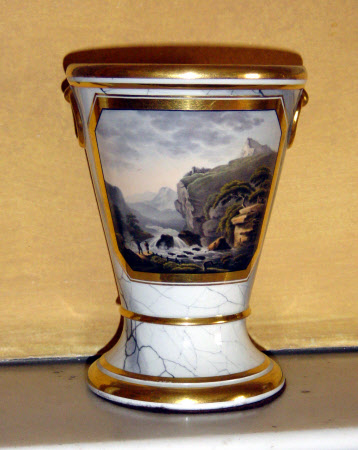 Vase. One of pair of vases from a garniture de cheminee. Made by Barr, Flight and Barr, Worcester, c.1804-7. Vase with gilt rim, 2 mock loop handles and border. Decorated with landscape view of a rocky cascade on river with 2 figures in foreground by fence, wooded craggy hillside at RHS. Inscribed under base ‘View on the River Sheene near Kenmare Ireland’. Image is a copy of an aquatint by Francis Jukes (1745-1812), after a drawing of the dramatic falls by Thomas Walmsley (1763-1806), dedicated to Maurice Fitzgerald, 18th Knight of Kerry (1772-1849), and published in Views in Ireland, London 1800-1, plate 16.