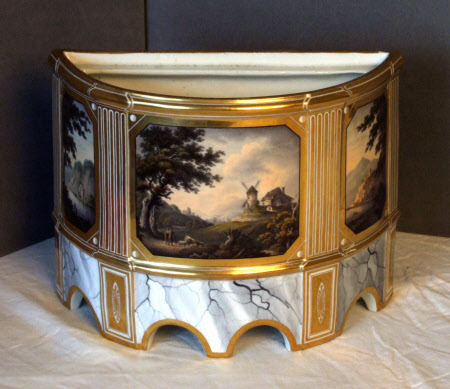 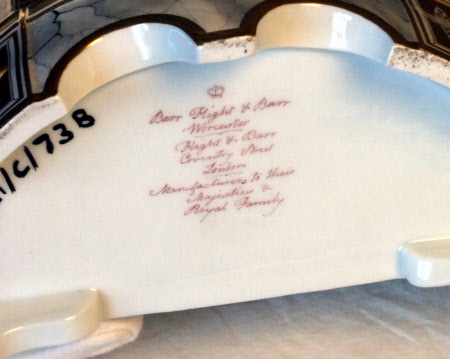 Crocus pot . Barr, Flight and Barr, Worcester, c.1804-7. Garniture de cheminée, soft-paste porcelain, painted with enamel colours and gilding. Demi-lune commode shape. 3 landscape views in gilt panels between gilt mock columns. Lower section has 2 gilt lozenges on grey-marbled ground, and 4-arch arcaded base. Left side view of lake with building and cliff, two figures in foreground with tree. Central view of windmill and cottage on mound with building in background. Two figures, sheep and cattle in foreground with tree. Right side view of lake and boat with two figures. Two towers on cliff, mountain in distance, tree at right. Marked on base with a crown above 'Barr Flight & Barr, Worcester, Flight & Barr, Coventry Street, London. Manufacturers to their Majesties and Royal Family'.