King Charles I at his Trial 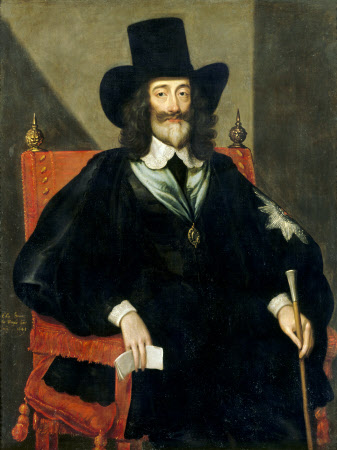 This is one of four signed originals of a much-copied portrait, showing the King, bearded, and defiantly wearing his hat before his judges. This version was reputedly painted for Sir John Carew, who was one of his opponents but the image later became a Royalist icon. The date of 1648 on the picture is that of the Old Style calendar, in which the new year did not begin until March 25th, therefore it would have been 1649, New Style. On 20th January 1649 Charles was committed to trial in Westminster Hall. John Bradshaw, the President of the Court, ordered a chair covered with crimson velvet for the King, who did not recognise the legality of the court nevertheless and the inclusion of his silver-tipped cane alludes to that. A week later he was found guilty and was executed on 30th January. The artist would have made sketches during the trial.

On loan from Trustees of Antony