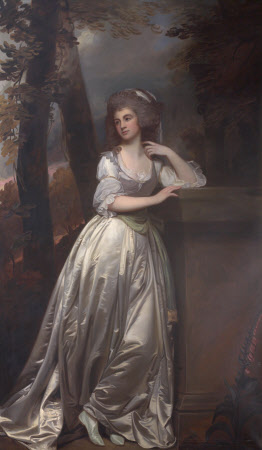 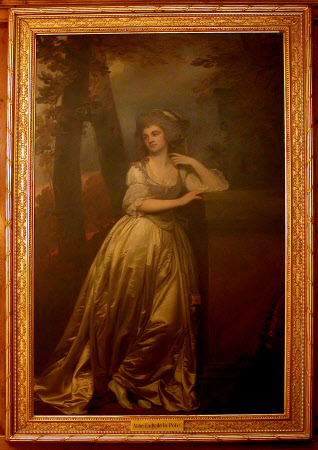 Oil painting on canvas, Anne Templer, Lady de la Pole (1758 - 1832), after George Romney (Dalton-in-Furness 1734 – Kendal 1802). A full-length portrait of the wife of Sir John William de la Pole, wearing a grey silk dress. The original painting, now in the Museum of Fine Arts, Boston, was sold at auction in London by Christie’s in 1913 for $206,850, at the time the highest price ever paid for any object in any country. Anne Templer was the daughter of James Templer of Stover House, Devon. She married Sir John William Pole 6th Bt in 1781. Mother of the child cricketers by Thomas Beach at Antony, she built Shute House (Adam style) with her husband. Her monument is in St Michael's Church, Shute.

By inheritance and descent; on loan from Sir Richard Carew Pole since 1961