View of the Garden Front and Terrace of Surrenden Dering, Kent 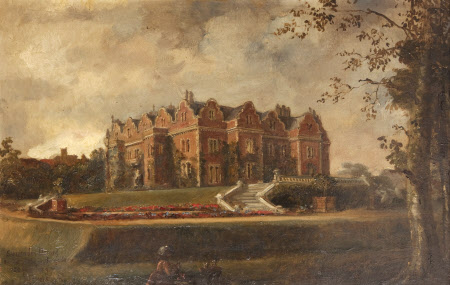 Oil painting on canvas, View of the Garden Front and Terrace of Surrenden Dering, Kent by Rebecca Dulcibella Ferrers Orpen, later Mrs Edward Dering (1830 – 1923), inscribed and signed, circa 1870. One of a pair. Centre, left and right, with two faces of Edward Heneage Dering.